Meaning "to include, embrace, comprehend" is by 1868. Meaning "to pass or travel over, move through" is from 1818. Sense of "be equal to, be of the same extent or amount, compensate for" is by 1828. Sense of "take charge of in place of an absent colleague" is attested by 1970. 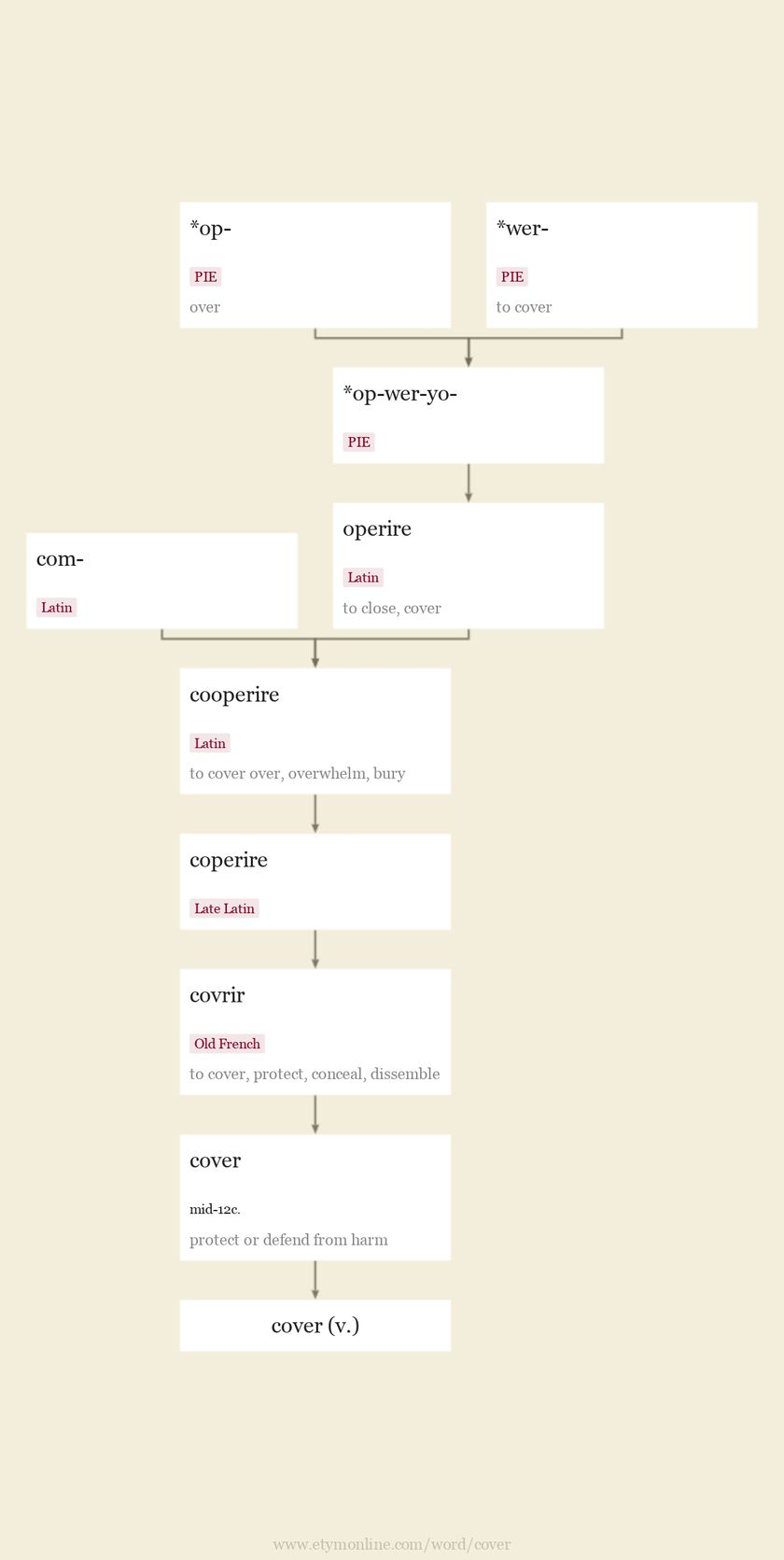 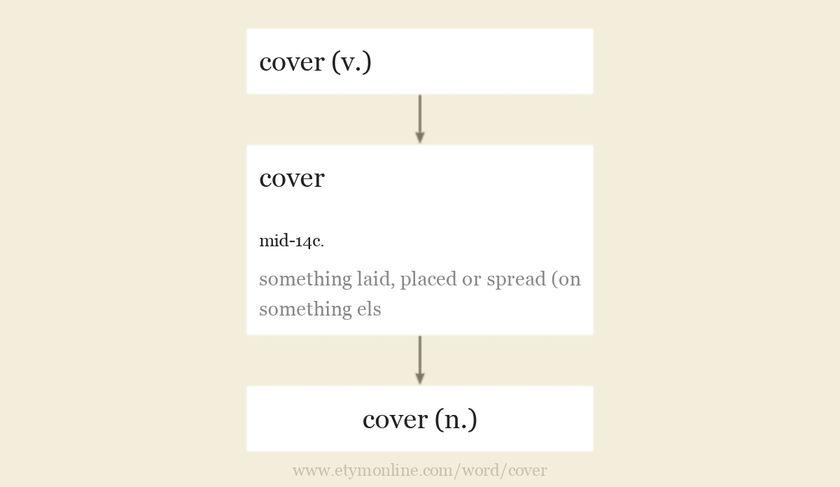 Advertisement
Advertisement
Definitions of cover from WordNet
1
cover (v.)
provide with a covering or cause to be covered;

cover the child with a blanket

cover her face with a handkerchief

cover the grave with flowers

The grass covered the grave

Synonyms: spread over
cover (v.)
span an interval of distance, space or time;

The period covered the turn of the century

This farm covers some 200 acres

The grant doesn't cover my salary

cover (v.)
act on verbally or in some form of artistic expression;

The course covered all of Western Civilization

Synonyms: treat / handle / plow / deal / address
cover (v.)
include in scope; include as part of something broader; have as one's sphere or territory;

this should cover everyone in the group

Synonyms: traverse / track / cross / pass over / get over / get across / cut through / cut across
cover (v.)
be responsible for reporting the details of, as in journalism;

Synonyms: report
cover (v.)
hold within range of an aimed firearm;
cover (v.)
to take an action to protect against future problems;

Count the cash in the drawer twice just to cover yourself

Synonyms: cover up
cover (v.)
protect or defend (a position in a game);

cover (v.)
maintain a check on; especially by patrolling;

The insurance won't cover this

Synonyms: insure / underwrite
cover (v.)
make up for shortcomings or a feeling of inferiority by exaggerating good qualities;
Synonyms: compensate / overcompensate
cover (v.)
invest with a large or excessive amount of something;

She covered herself with glory

cover (v.)
help out by taking someone's place and temporarily assuming his responsibilities;

She is covering for our secretary who is ill this week

cover (v.)
be sufficient to meet, defray, or offset the charge or cost of;

Is this enough to cover the check?

cover (v.)
spread over a surface to conceal or protect;

cover (v.)
cover as if with a shroud;
Synonyms: shroud / enshroud / hide
cover (v.)
copulate with a female, used especially of horses;

The horse covers the mare

Synonyms: breed
cover (v.)
put something on top of something else;

cover the meat with a lot of gravy

Synonyms: overlay
cover (v.)
play a higher card than the one previously played;

cover (v.)
be responsible for guarding an opponent in a game;
cover (v.)
sit on (eggs);

The female covers the eggs

Synonyms: brood / hatch / incubate
cover (v.)
clothe, as if for protection from the elements;

Synonyms: wrap up
2
cover (n.)
the act of concealing the existence of something by obstructing the view of it;

the cover concealed their guns from enemy aircraft

Synonyms: covering / screening / masking
cover (n.)
a covering that serves to conceal or shelter something;

under cover of darkness

he pulled the covers over his head and went to sleep

Synonyms: blanket
cover (n.)
the protective covering on the front, back, and spine of a book;
Synonyms: binding / book binding / back
cover (n.)
a natural object that covers or envelops;

the fox was flushed from its cover

under a covering of dust

Synonyms: covering / natural covering
cover (n.)
covering for a hole (especially a hole in the top of a container);

put the cover back on the kettle

Synonyms: top
cover (n.)
fire that makes it difficult for the enemy to fire on your own individuals or formations;

they made a cover of a Beatles' song

her new name and passport are cover for her next assignment