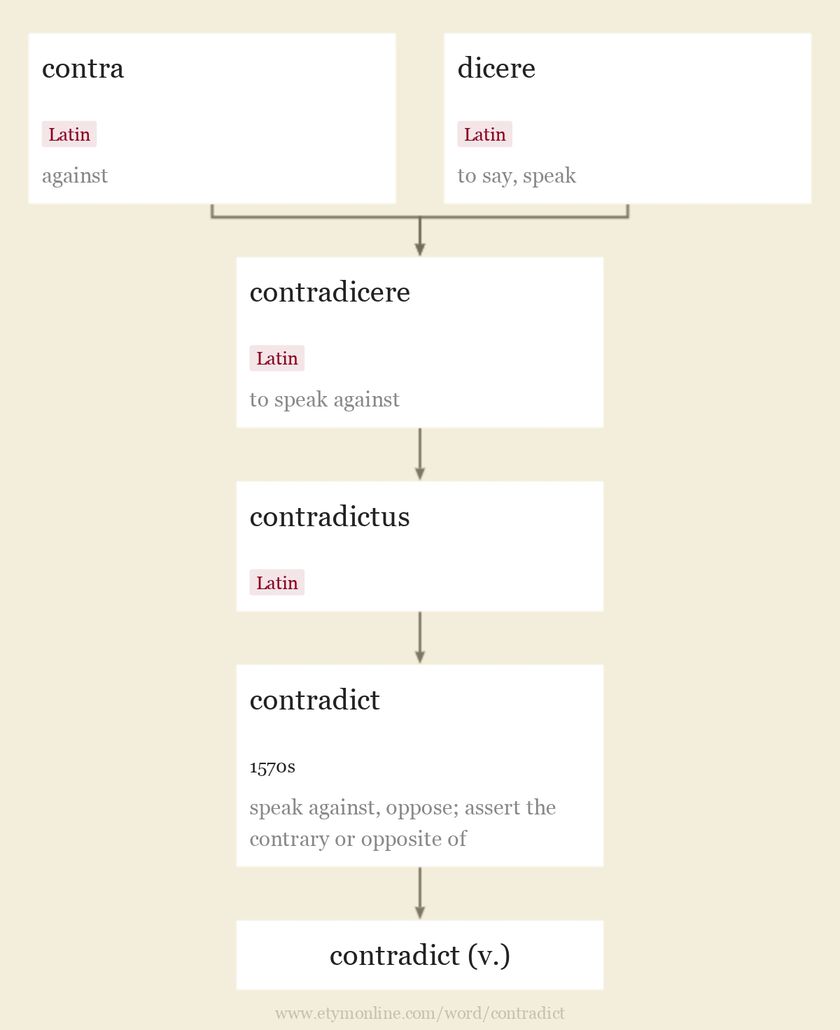 "against, over against, opposite, on the opposite side; on the contrary, contrariwise," mid-14c., from Latin contra (prep. and adv.) "against," originally "in comparison with," ablative singular feminine of *com-teros, from Old Latin com "with, together" (see com-) + -tr, zero-degree form of the comparative suffix -ter-.