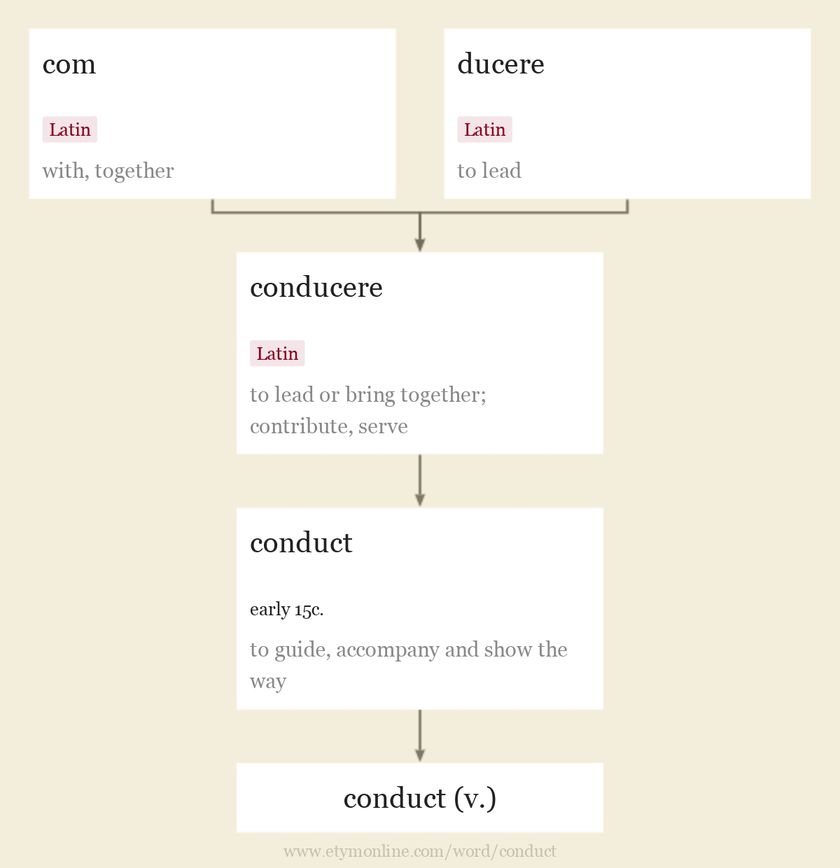 mid-15c., "action of guiding or leading, guide" (in sauf conducte), from Medieval Latin conductus, from past-participle stem of Latin conducere "to lead or bring together," from assimilated form of com "with, together" (see con-) + ducere "to lead" (from PIE root *deuk- "to lead"). Sense of "personal behavior" is first recorded 1670s. A doublet of conduit. 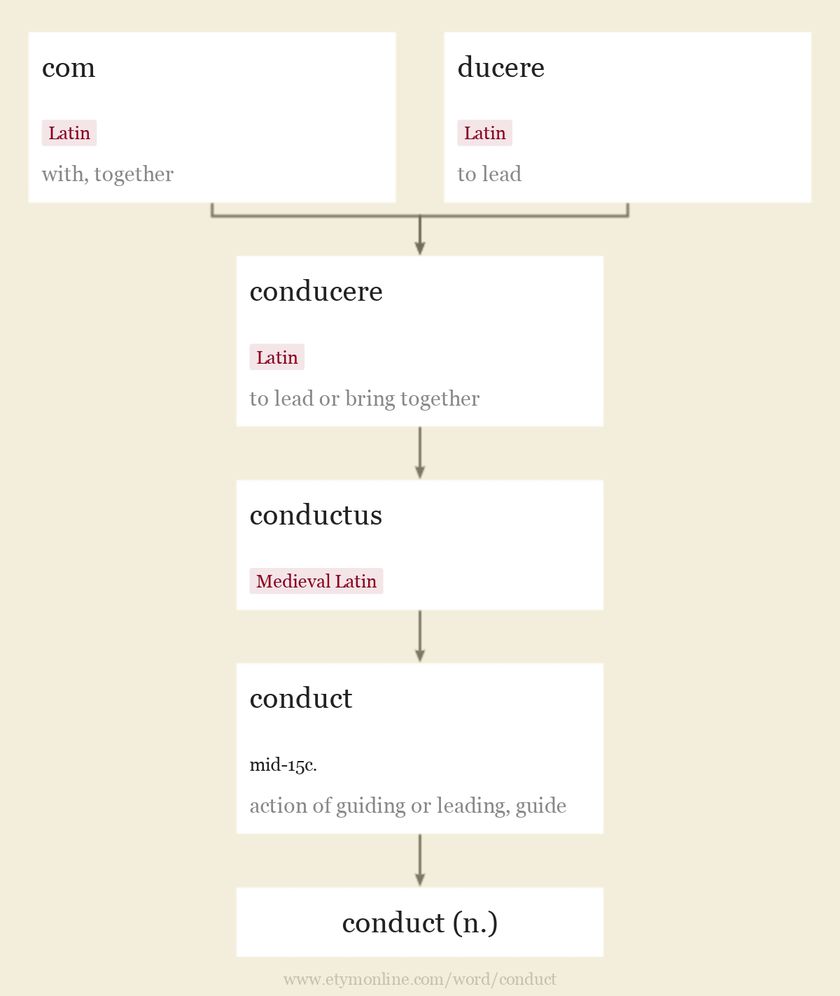 word-forming element meaning "together, with," sometimes merely intensive; it is the form of com- used in Latin before consonants except -b-, -p-, -l-, -m-, or -r-. In native English formations (such as costar), co- tends to be used where Latin would use con-.

Synonyms: carry on / deal
conduct (v.)
lead, as in the performance of a composition; "conduct an orchestra; Barenboim conducted the Chicago symphony for years";
Synonyms: lead / direct
conduct (v.)
behave in a certain manner;

They conducted themselves well during these difficult times

He conducted us to the palace