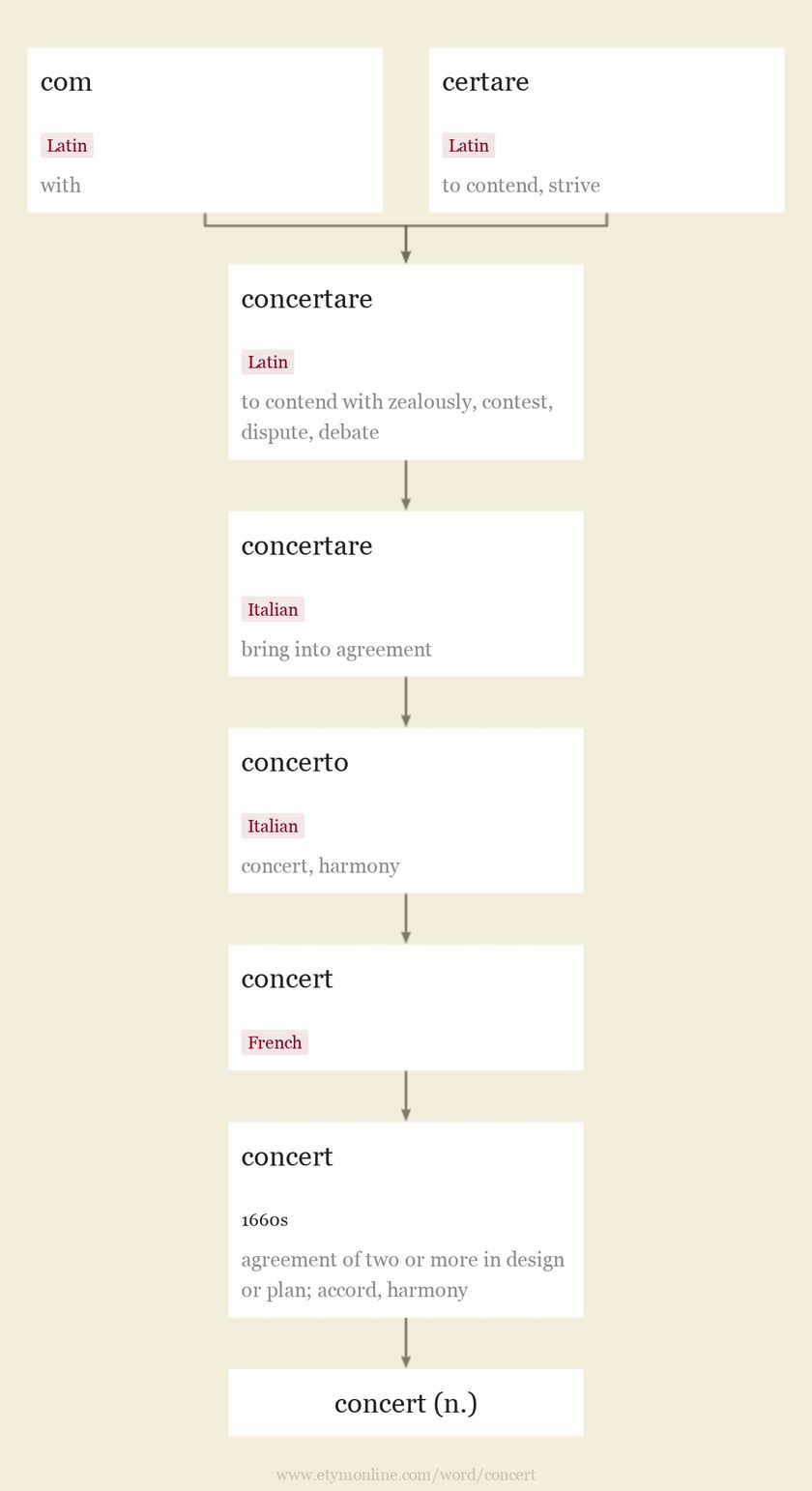 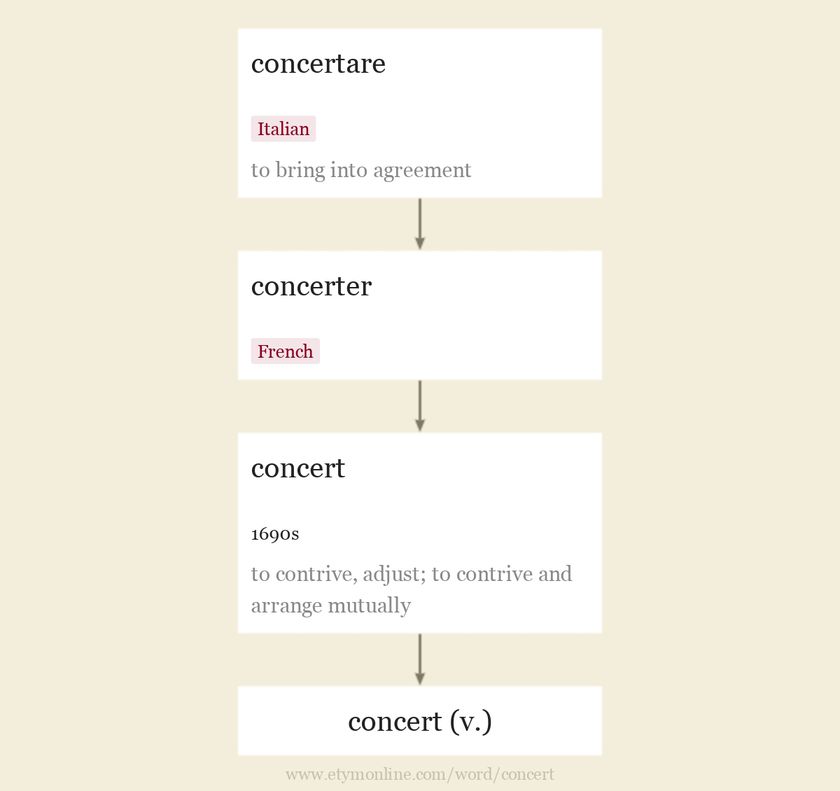 2
concert (n.)
a performance of music by players or singers not involving theatrical staging;
From wordnet.princeton.edu