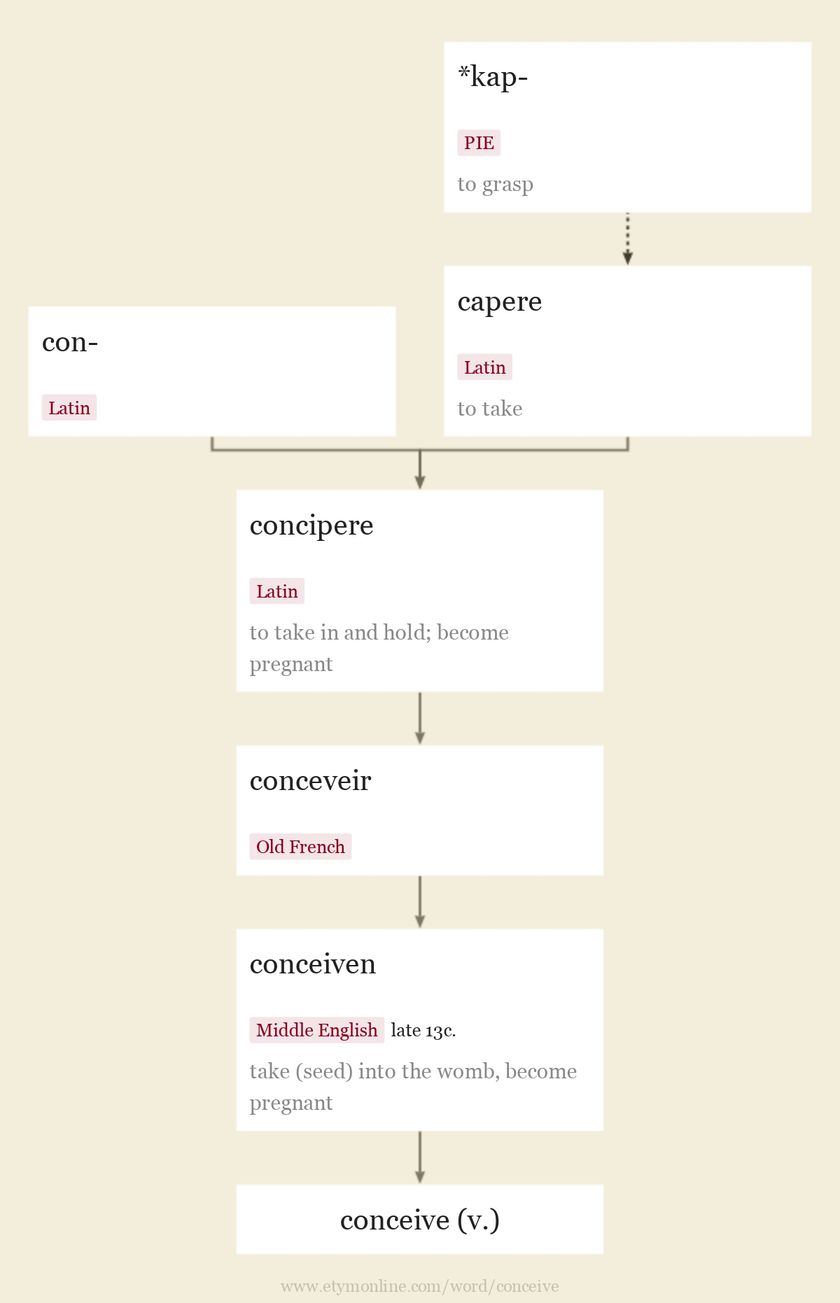 Advertisement
Definitions of conceive from WordNet
conceive (v.)
have the idea for;

This library was well conceived

He conceived of a robot that would help paralyzed patients

The racist conceives such people to be inferior

My daughter was conceived in Christmas Day