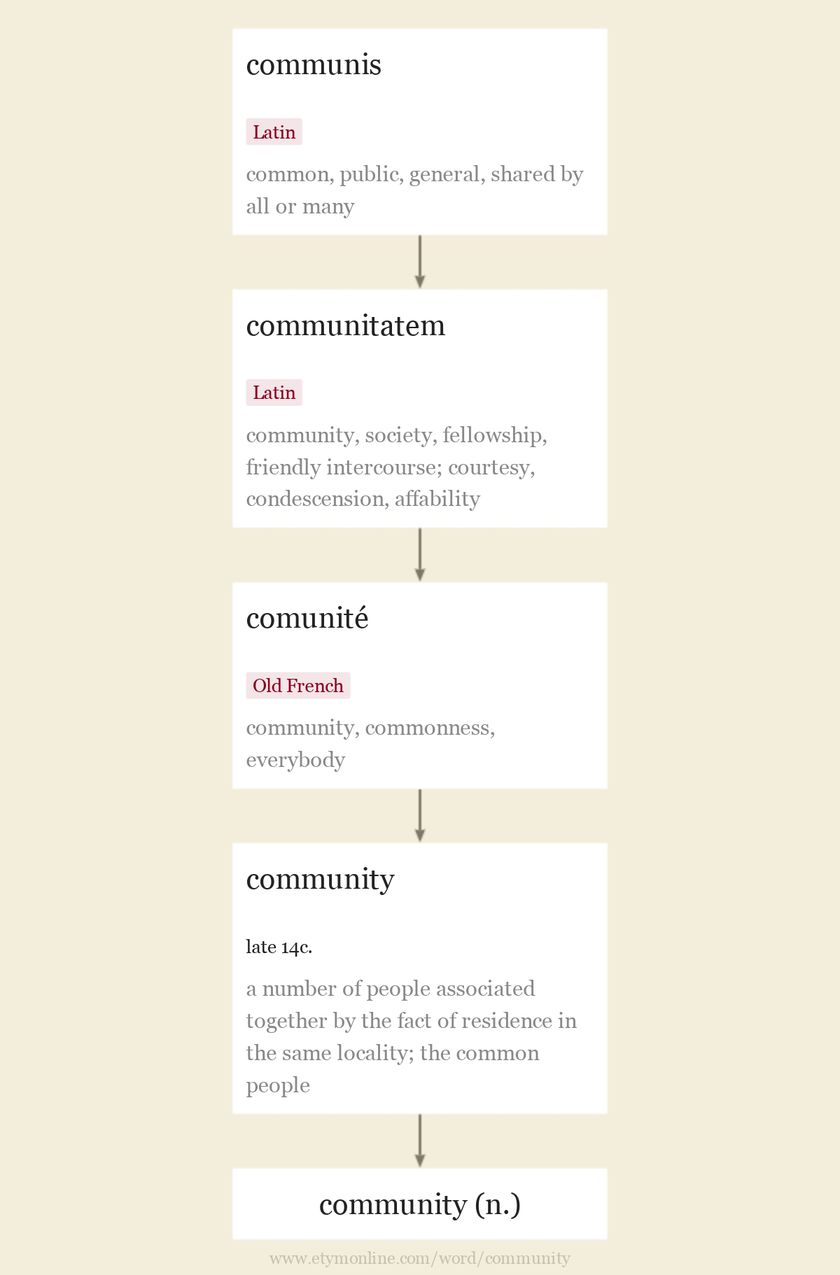 Advertisement
Advertisement
Definitions of community from WordNet
community (n.)
a group of people living in a particular local area;

the team is drawn from all parts of the community

community (n.)
a group of people having a religion, ethnic, profession, or other particular characteristic in common;

he was well known throughout the Catholic community

the news spread rapidly through the medical community

they formed a community of scientists

they shared a community of possessions

community (n.)
a group of nations having common interests;

they hoped to join the NATO community

community (n.)
agreement as to goals;