c. 1300, "belonging to all, owned or used jointly, general, of a public nature or character," from Old French comun "common, general, free, open, public" (9c., Modern French commun), from Latin communis "in common, public, shared by all or many; general, not specific; familiar, not pretentious." This is from a reconstructed PIE compound *ko-moin-i- "held in common," compound adjective formed from *ko- "together" + *moi-n-, suffixed form of root *mei- (1) "to change, go, move," hence literally "shared by all."

Common pleas is 13c., from Anglo-French communs plets, hearing civil actions by one subject against another as opposed to pleas of the crown. Common prayer is that done in public in unity with other worshipers; contrasted with private prayer. Common stock is attested from 1888. Common speech (late 14c.) is the vernacular, as opposed to Latin. Common good (late 14c.) translates Latin bonum publicum "the common weal." The college common room (1660s) is one to which all members have common access. 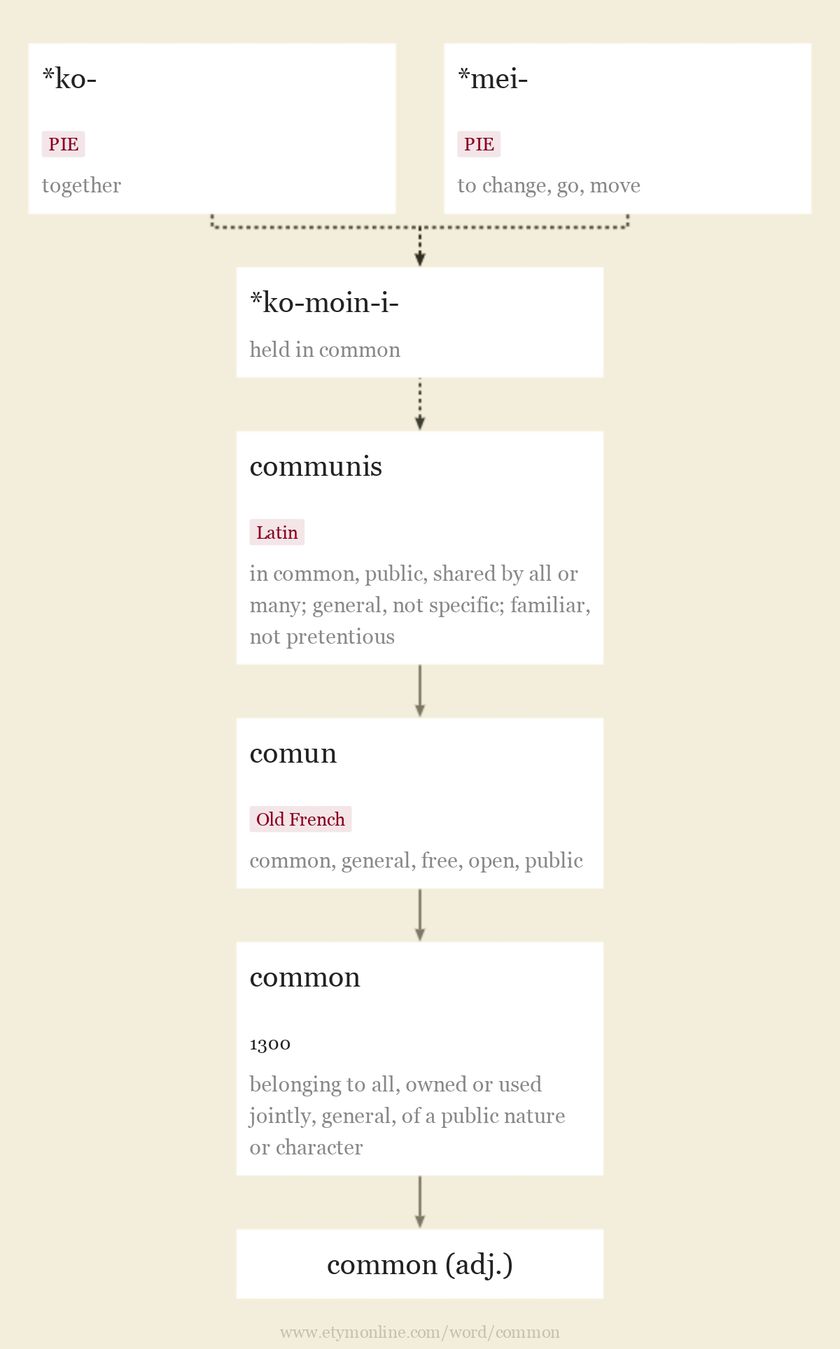 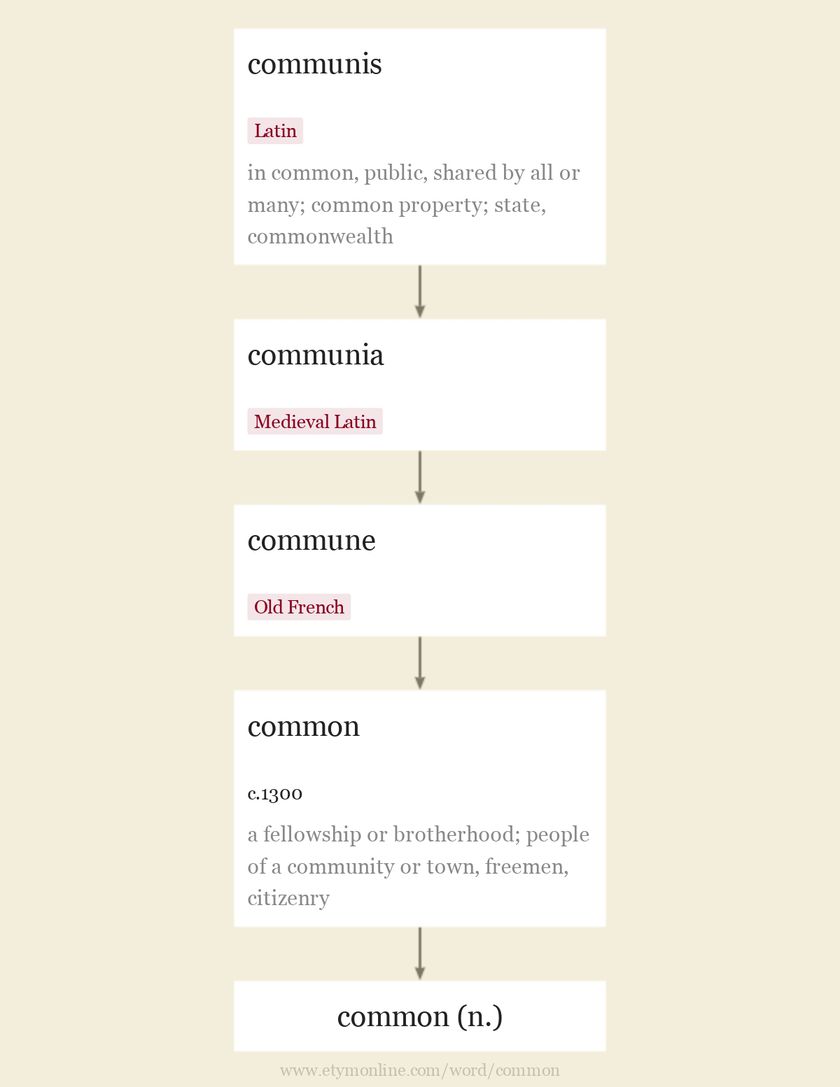 Proto-Indo-European root meaning "to change, go, move," "with derivatives referring to the exchange of goods and services within a society as regulated by custom or law" [Watkins].

It is the hypothetical source of/evidence for its existence is provided by: Sanskrit methati "changes, alternates, joins, meets;" Avestan mitho "perverted, false;" Hittite mutai- "be changed into;" Latin mutare "to change," meare "to go, pass," migrare "to move from one place to another," mutuus "done in exchange;" Old Church Slavonic mite "alternately;" Czech mijim "to go by, pass by," Polish mijać "avoid;" Gothic maidjan "to change."