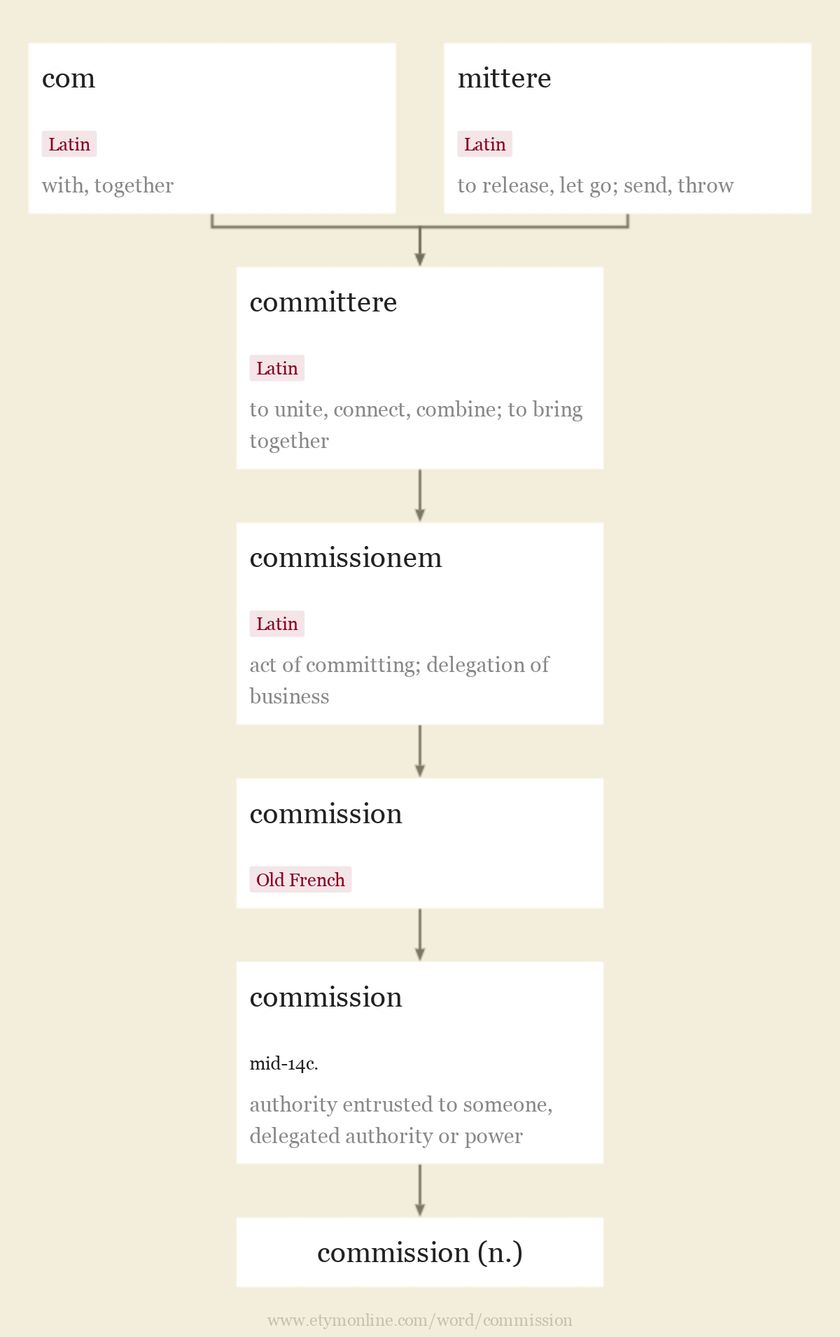 1660s, "empower or authorize by commission," from commission (n.). In the naval sense, of persons, "be given the rank of an officer (by commission from authority)," from 1793; of a ship, "to be transferred from the naval yard and placed in the command of the officer put in charge of it," 1796. Related: Commissioned; commissioning.

Advertisement
Advertisement
Definitions of commission from WordNet
1
commission (n.)
a special group delegated to consider some matter; "a committee is a group that keeps minutes and loses hours" - Milton Berle;
Synonyms: committee
commission (n.)
a fee for services rendered based on a percentage of an amount received or collected or agreed to be paid (as distinguished from a salary);

he works on commission

put the ships into commission

the motor was out of commission