The Latin word meaning "something invented" was taken by Isidore and other Christian theologians for "interpretation, annotation." No comment as a stock refusal to answer a journalist's question is first recorded 1950, from Truman's White House press secretary Charles Ross. 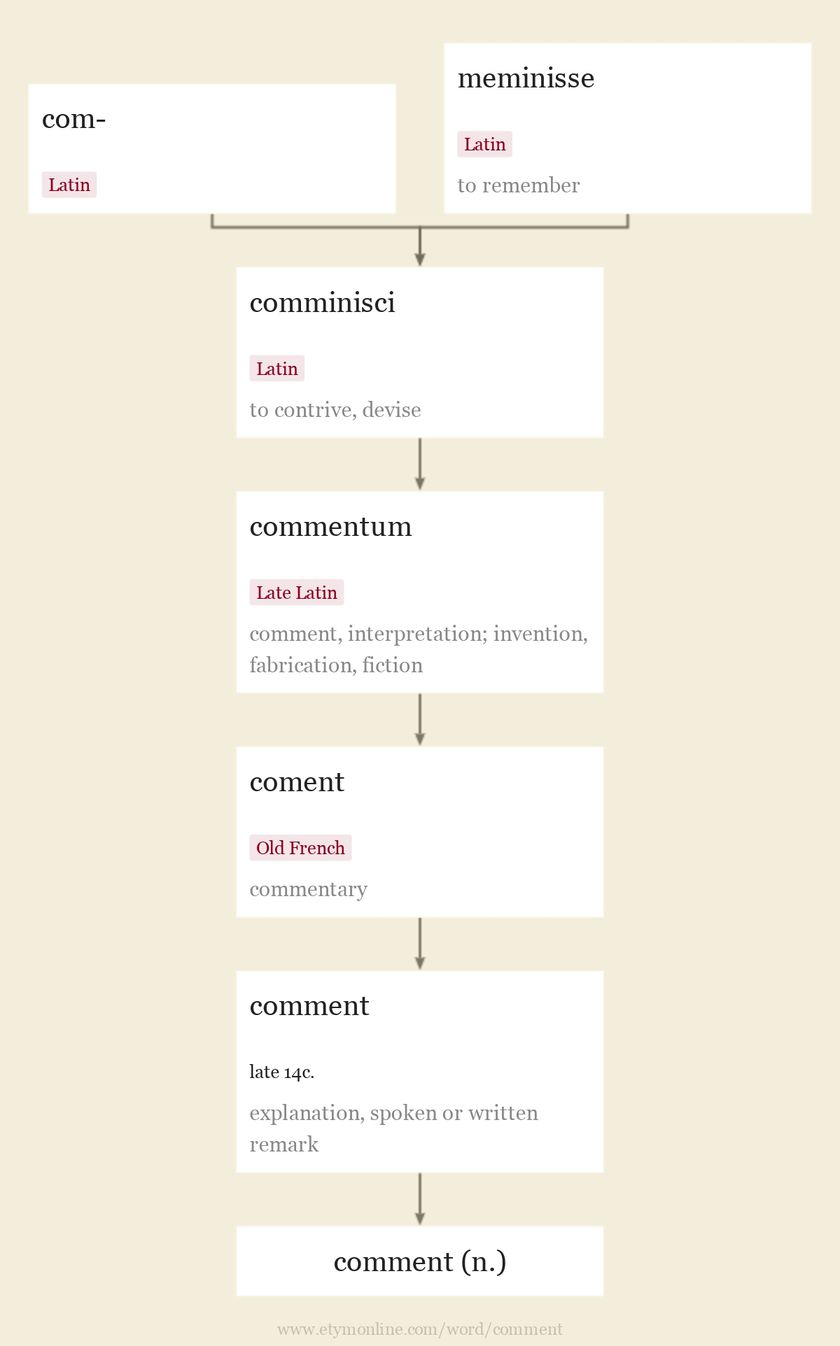 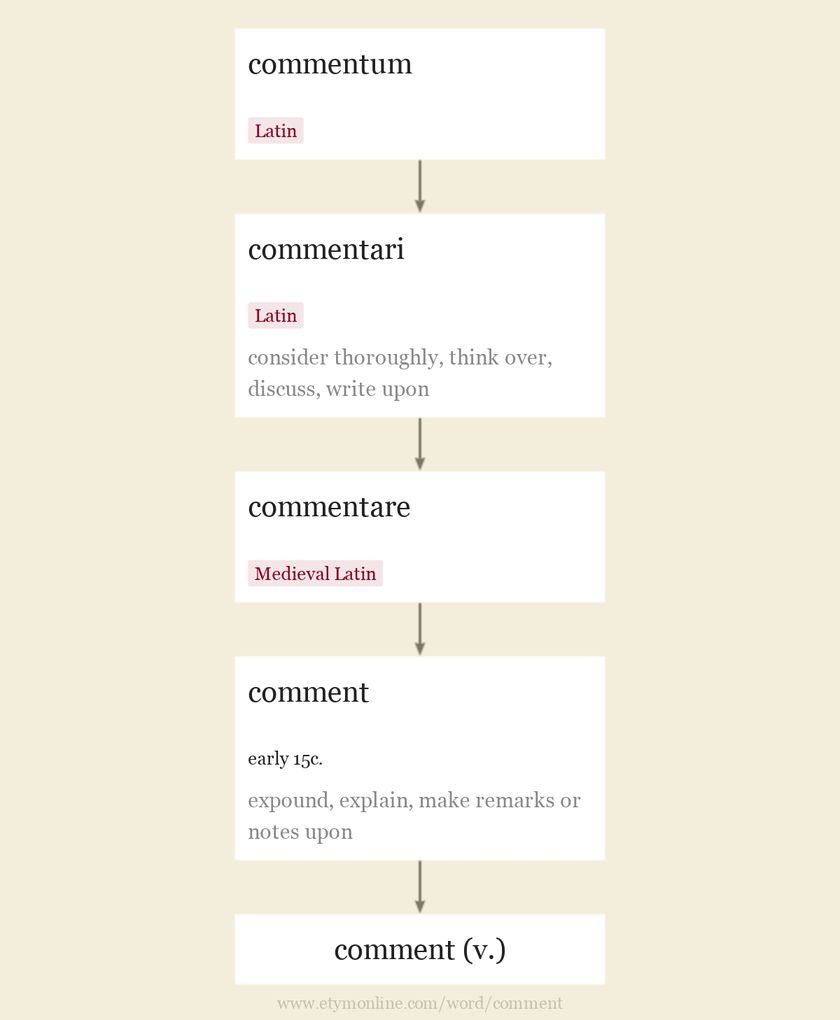 he commented the paper of his colleague

Synonyms: remark / input
comment (n.)
a written explanation or criticism or illustration that is added to a book or other textual material;

Synonyms: commentary
comment (n.)
a report (often malicious) about the behavior of other people;
Synonyms: gossip / scuttlebutt
From wordnet.princeton.edu