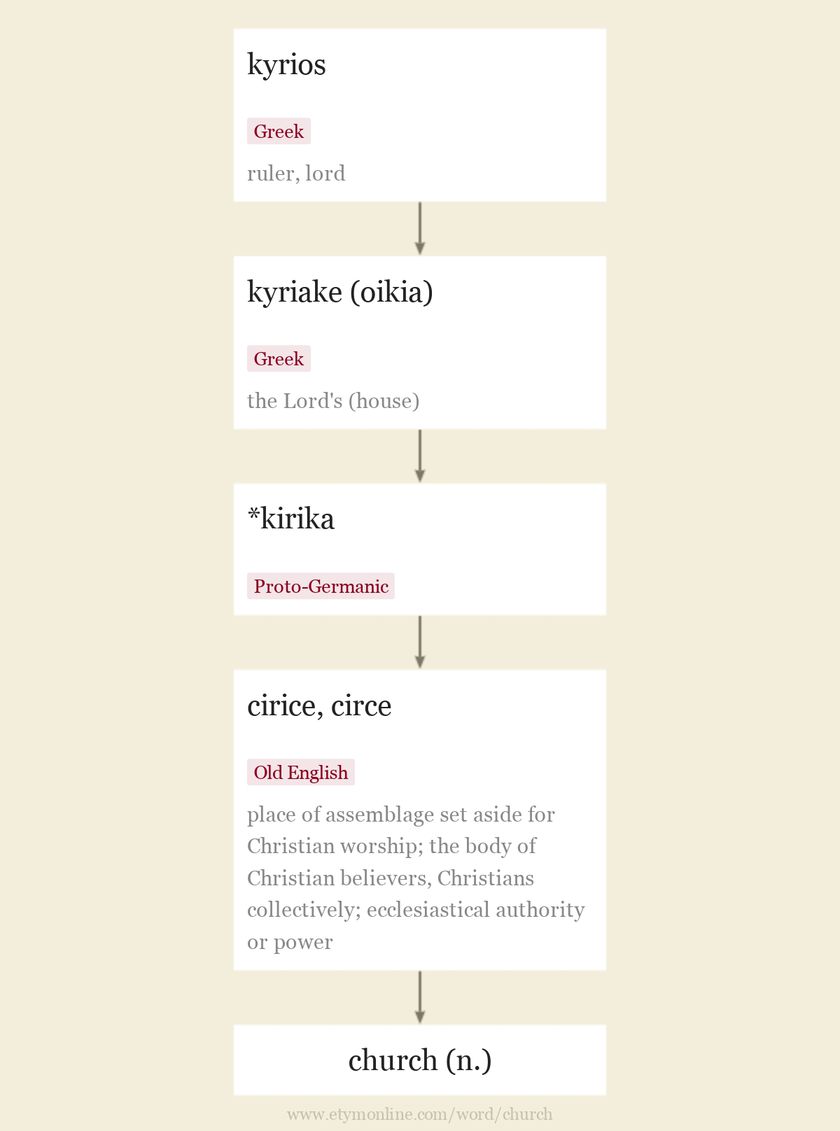 Advertisement
Advertisement
Definitions of church from WordNet
1
church (n.)
one of the groups of Christians who have their own beliefs and forms of worship;
Synonyms: Christian church
church (n.)
a place for public (especially Christian) worship;

the church was empty

Synonyms: church building
church (n.)
a service conducted in a house of worship;

don't be late for church

Synonyms: church service
church (n.)
the body of people who attend or belong to a particular local church;

our church is hosting a picnic next week

2
church (v.)
perform a special church rite or service for;

church a woman after childbirth