The North American songbird (Cardinalis virginianus) is attested from 1670s, so named for its fine red color, resembling the cardinals in their red robes. 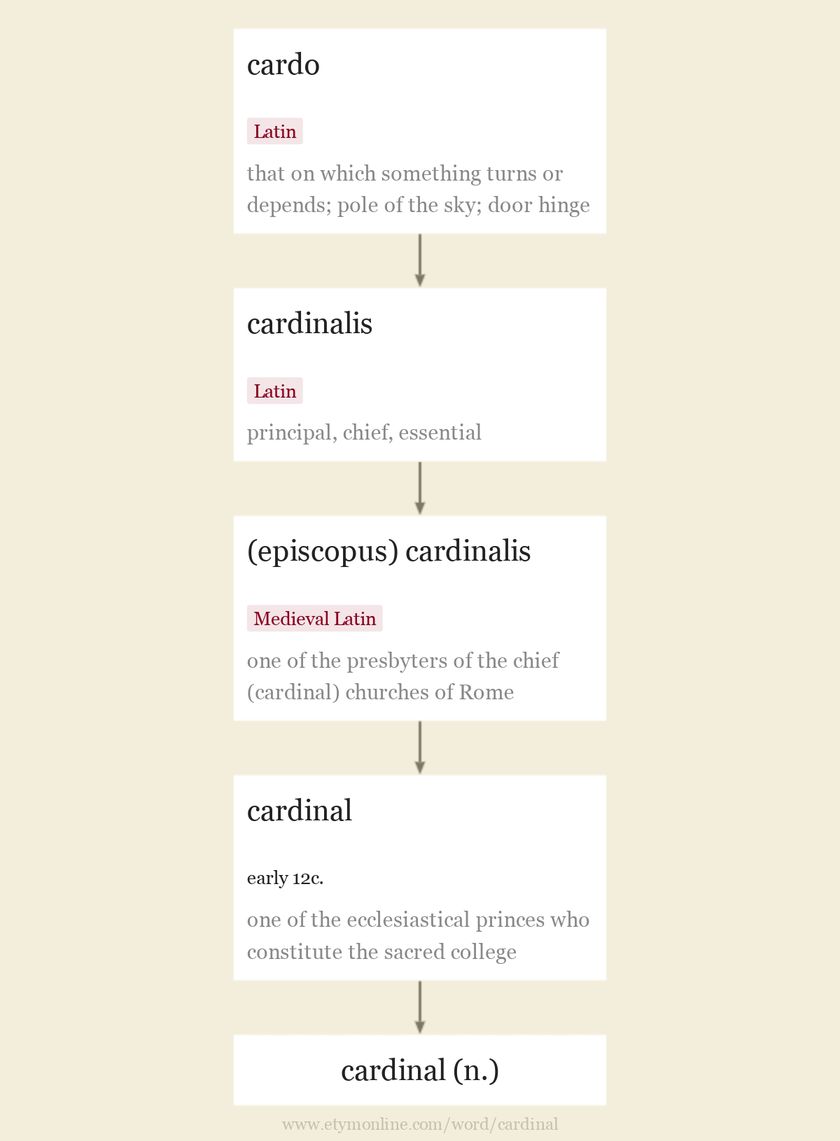 The cardinal points (1540s) are north, south, east, west. The cardinal sins (c. 1600) are too well known to require rehearsal. The cardinal virtues (c. 1300) were divided into natural (justice, prudence, temperance, fortitude) and theological (faith, hope, charity). The natural ones were the original classical ones, which were amended by Christians. But typically in Middle English only the first four were counted as the cardinal virtues: 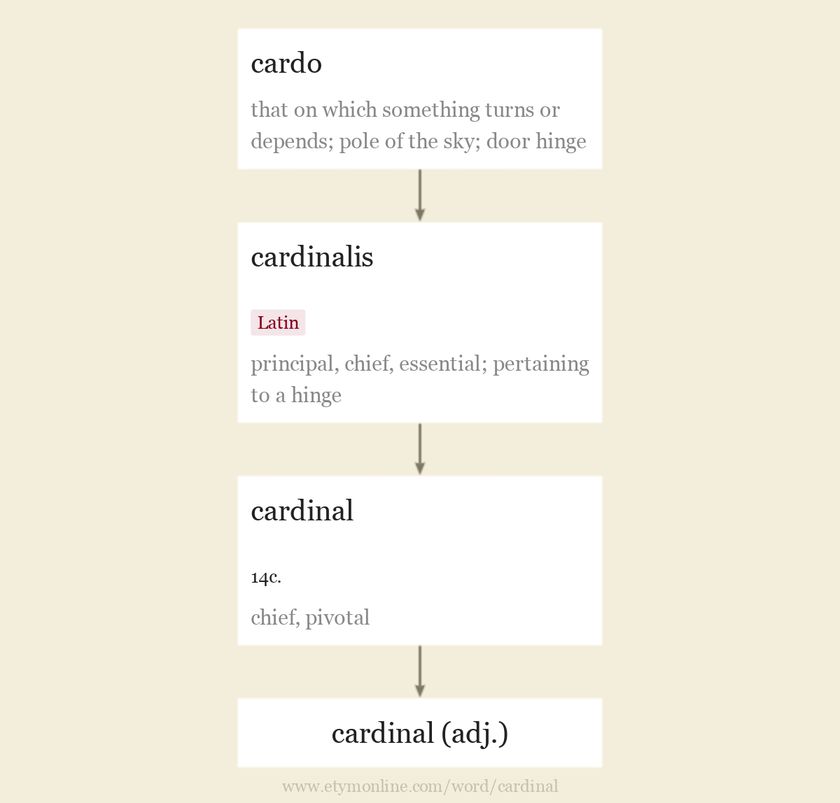 Synonyms: central / fundamental / key / primal
cardinal (adj.)
being or denoting a numerical quantity but not order;