Meaning "be persuaded of the truth of" (a doctrine, system, religion, etc.) is from mid-13c.; meaning "credit upon the grounds of authority or testimony without complete demonstration, accept as true" is from early 14c. General sense "be of the opinion, think" is from c. 1300. Related: Believed (formerly occasionally beleft); believing.

The form beleeve was common till 17c., the spelling then changed, perhaps by influence of relieve, etc. To believe on instead of in was more common in 16c. but now is a peculiarity of theology; believe of also sometimes was used in 17c. Expression believe it or not attested by 1874; Robert Ripley's newspaper cartoon of the same name is from 1918. Emphatic you better believe attested from 1854. 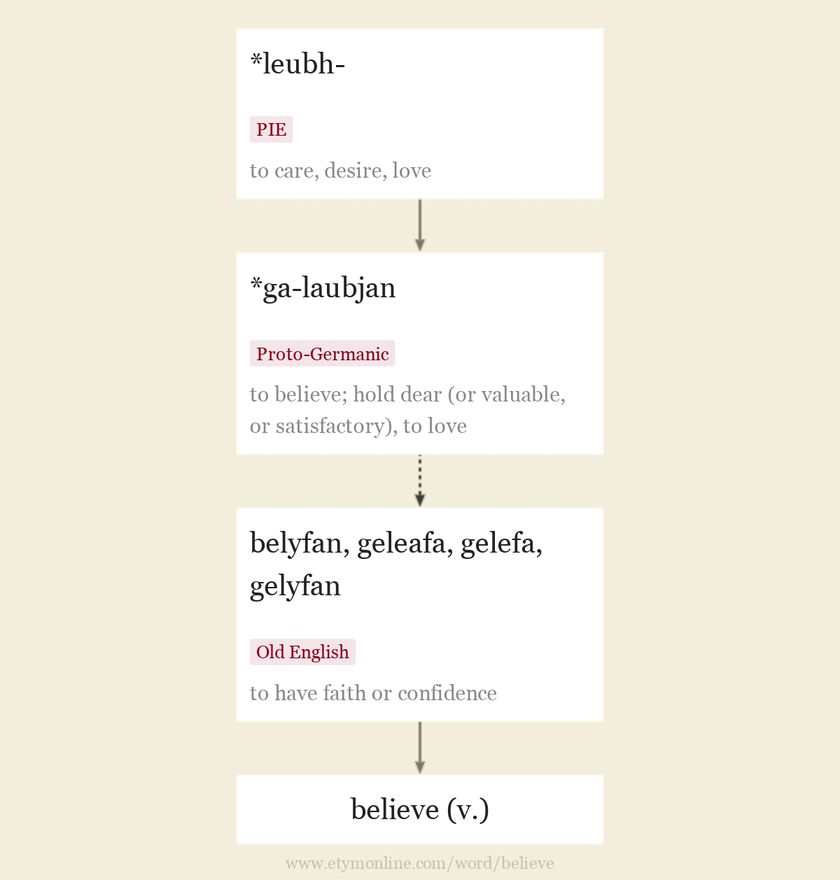 Advertisement
Definitions of believe from WordNet
believe (v.)
accept as true; take to be true;

She believes in spirits

We didn't believe his stories from the War

I believed his report

believe (v.)
judge or regard; look upon; judge;

I believe her to be very smart

Synonyms: think / consider / conceive
believe (v.)
be confident about something;

I believe that he will come back from the war

Synonyms: trust
believe (v.)
follow a credo; have a faith; be a believer;

When you hear his sermons, you will be able to believe, too

Should we believe a publication like the National Enquirer?

You cannot believe this man