[I]t takes the one hundred men in ten million who understand beauty, which isn't imitation or an improvement on the beautiful as already understood by the common herd, twenty or thirty years to convince the twenty thousand next most sensitive souls after their own that this new beauty is truly beautiful. [Stendhal, "Life of Henry Brulard"]

Replaced Old English wlite. Concrete meaning "a beautiful woman" in English is first recorded late 14c. Beauty-sleep "sleep before midnight" (popularly regarded as the most refreshing) is attested by 1850. Beauty-spot "dark spot placed on the face formerly by women to heighten beauty" is from 1650s. Beauty-contest is from 1885; beauty-queen is from 1922 (earlier it was a show-name of cattle and hogs). Beauté du diable (literally "devil's beauty") is used as a French phrase in English from 1825.

But as it is hardly possible to define all the properties which constitute beauty, we may observe in general, that beauty consists in whatever pleases the eye of the beholder, whether in the human body, in a tree, in a landscape or in any other object. [from definition of BEAUTY in Noah Webster's "Dictionary of the English Language," 1828]

That pleasure which is at once the most intense, the most elevating, and the most pure is, I believe, found in the contemplation of the beautiful. When, indeed, men speak of Beauty, they mean, precisely, not a quality, as is supposed, but an effect—they refer, in short, just to that intense and pure elevation of soul—not of intellect, or of heart—upon which I have commented, and which is experienced in consequence of contemplating the “beautiful.” [Poe, "The Philosophy of Composition," 1846] 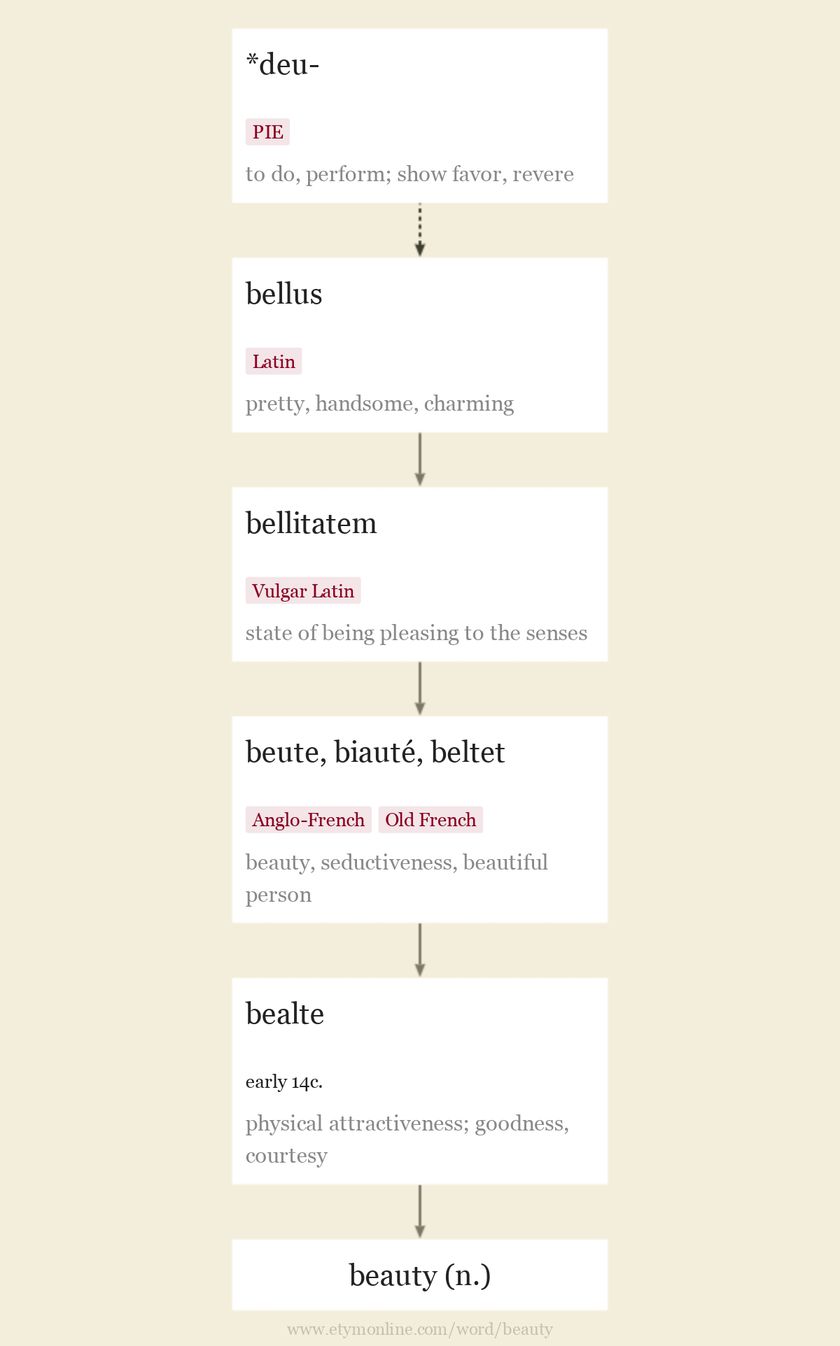