From c. 1300 in the general sense "legal validity," also "authoritative book; authoritative doctrine" (opposed to reason or experience); "author whose statements are regarded as correct." From mid-14c. as "right to rule or command, power to enforce obedience, power or right to command or act." In Middle English also "power derived from good reputation; power to convince people, capacity for inspiring trust." From c. 1400 as "official sanction, authorization." Meaning "persons in authority" is from 1610s; Authorities "those in charge, those with police powers" is recorded from mid-19c. 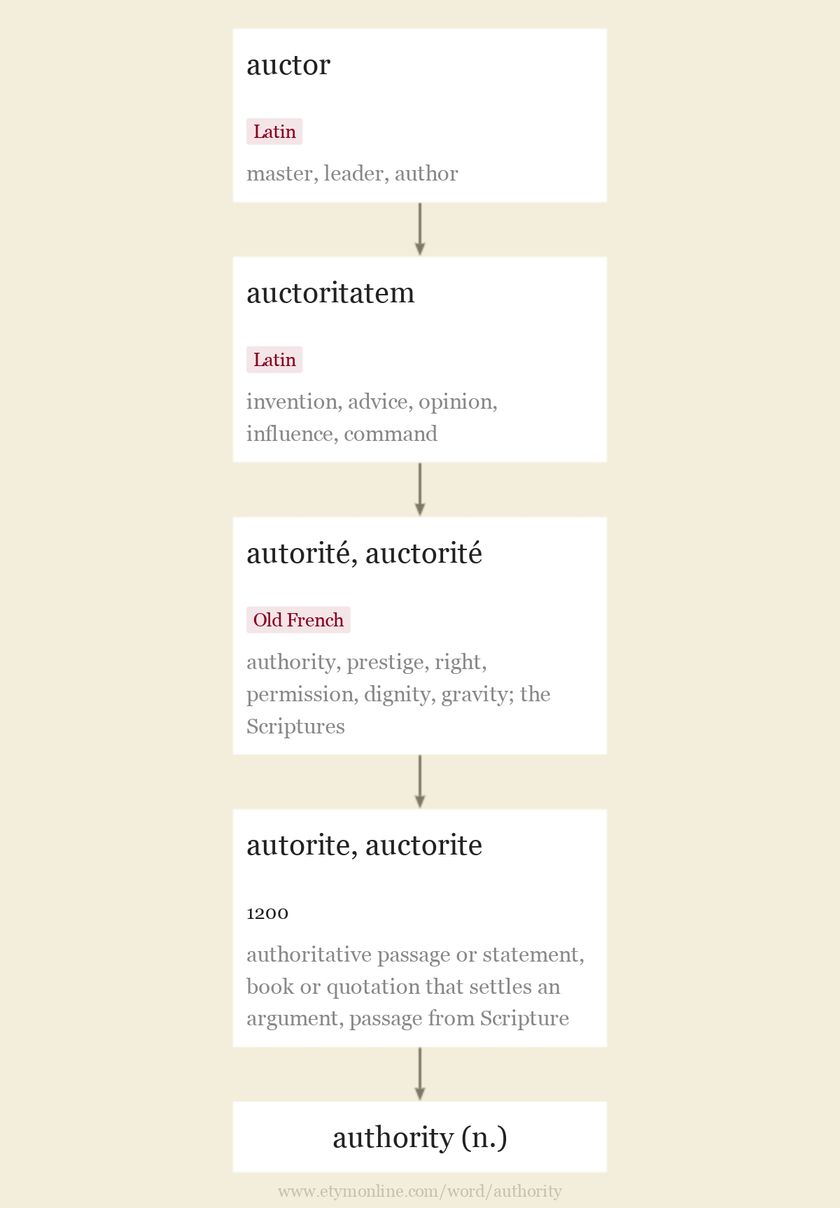 Advertisement
Definitions of authority from WordNet
authority (n.)
the power or right to give orders or make decisions;

he has the authority to issue warrants

he is an authority on corporate law

authority (n.)
freedom from doubt; belief in yourself and your abilities;

she spoke with authority

authority for the program was renewed several times

this book is the final authority on the life of Milton