masc. proper name, from Latin augustus "venerable" (see august (adj.)). The name originally was a cognomen applied to Gaius Julius Caesar Octavianus as emperor, with a sense something like "his majesty."

seventh month, c. 1050, Iulius, from Anglo-French julie, Old French Juil, Jule (Modern French uses a diminutive, Juillet) and directly from Latin Iulius "fifth month of the Roman calendar" (which began its year in March), renamed after his death and deification in honor of Gaius Julius Caesar, who was born in this month. In republican Rome it had been Quintilis, literally "fifth." Compare August. Accented on the first syllable in English until 18c.; "the modern Eng. pronunciation is abnormal and unexplained" [OED]. Replaced Old English liða se æfterra "later mildness," from liðe "mild."

"ancient Romans functionary whose duty was to observe and interpret auspices, or reputed natural signs concerning future events," 1540s, from Latin augur, a religious official in ancient Rome, perhaps (de Vaan) originally meaning "an increase in crops enacted in ritual," in which case it probably is from Old Latin *augos (genitive *augeris) "increase," and is related to augere "increase" (from PIE root *aug- (1) "to increase").

The more popular theory is that it is from Latin avis "bird," because the flights, singing, and feeding of birds were important objects of divination (compare auspex). In that case, the second element would be from garrire "to talk." Related: Augural; augurial.

These auspices were studied, with a fixed ceremonial, in the following classes of phenomena: (1) signs from the heavens, including thunder and lightning, and other meteorological manifestations; (2) signs from the direction of flight or the various cries of birds; (3) signs from the manner of eating of domestic hens kept for this purpose; (4) signs from the movements and attitudes of animals; (5) evil omens from various fortuitous incidents, such as the fall of any object, the gnawing of a mouse, the creaking of a chair, etc., occurring during the augural ceremonies or when these were about to begin. [Century Dictionary] 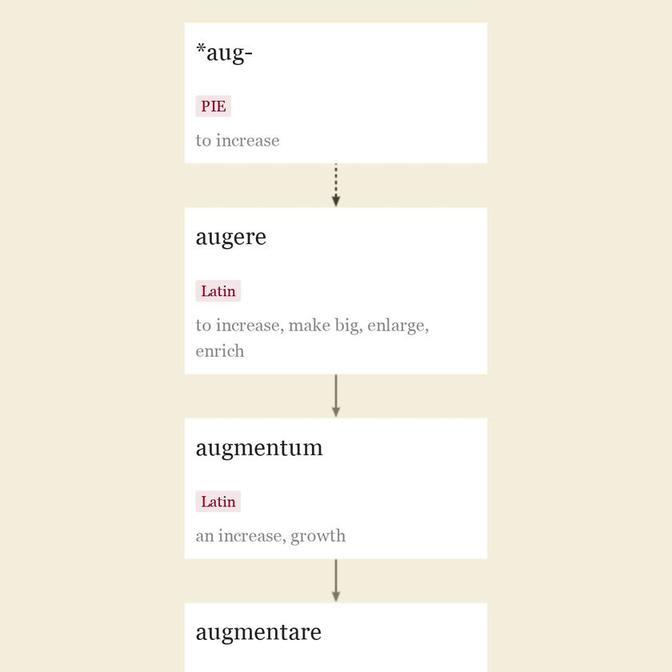