"application" (of one thing to another), mid-15c., originally in grammatical sense "the relation to a noun or pronoun of another noun or clause added to it by way of explanation," from Latin appositionem (nominative appositio) "a setting before," noun of action from past-participle stem of apponere "lay beside, set near," especially "serve, set before," also "put upon, apply," from ad "to, toward" (see ad-) + ponere "to place" (past participle positus; see position (n.)). General sense is from 1540s. 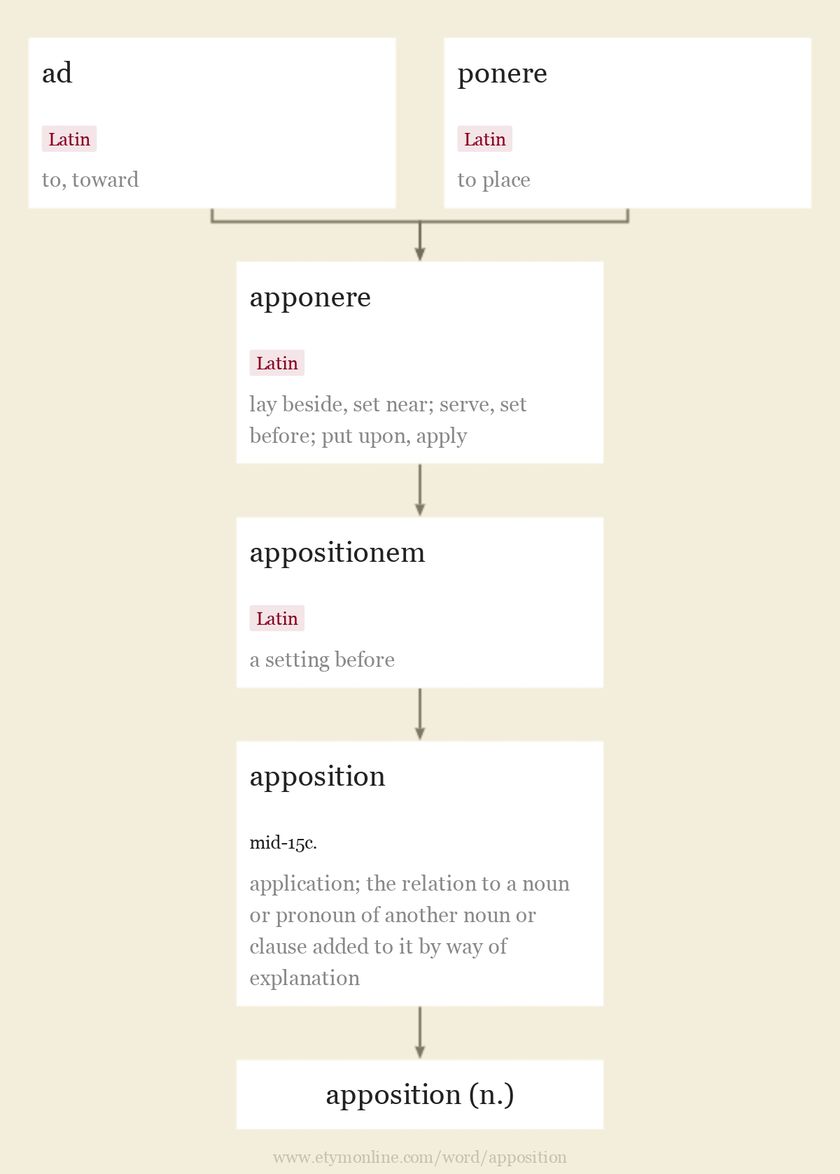 Advertisement
Definitions of apposition from WordNet
apposition (n.)
a grammatical relation between a word and a noun phrase that follows;

`Rudolph the red-nosed reindeer' is an example of apposition

apposition (n.)
(biology) growth in the thickness of a cell wall by the deposit of successive layers of material;
apposition (n.)
the act of positioning close together (or side by side);
Synonyms: juxtaposition / collocation
From wordnet.princeton.edu