late 14c., "study or knowledge of the structure and function of the human body" (learned by dissection); c. 1400, "anatomical structure," from Old French anatomie and directly from Late Latin anatomia, from late Greek anatomia for classical anatome "dissection," literally "a cutting up," from ana "up" (see ana-) + temnein "to cut" (from PIE root *tem- "to cut"). 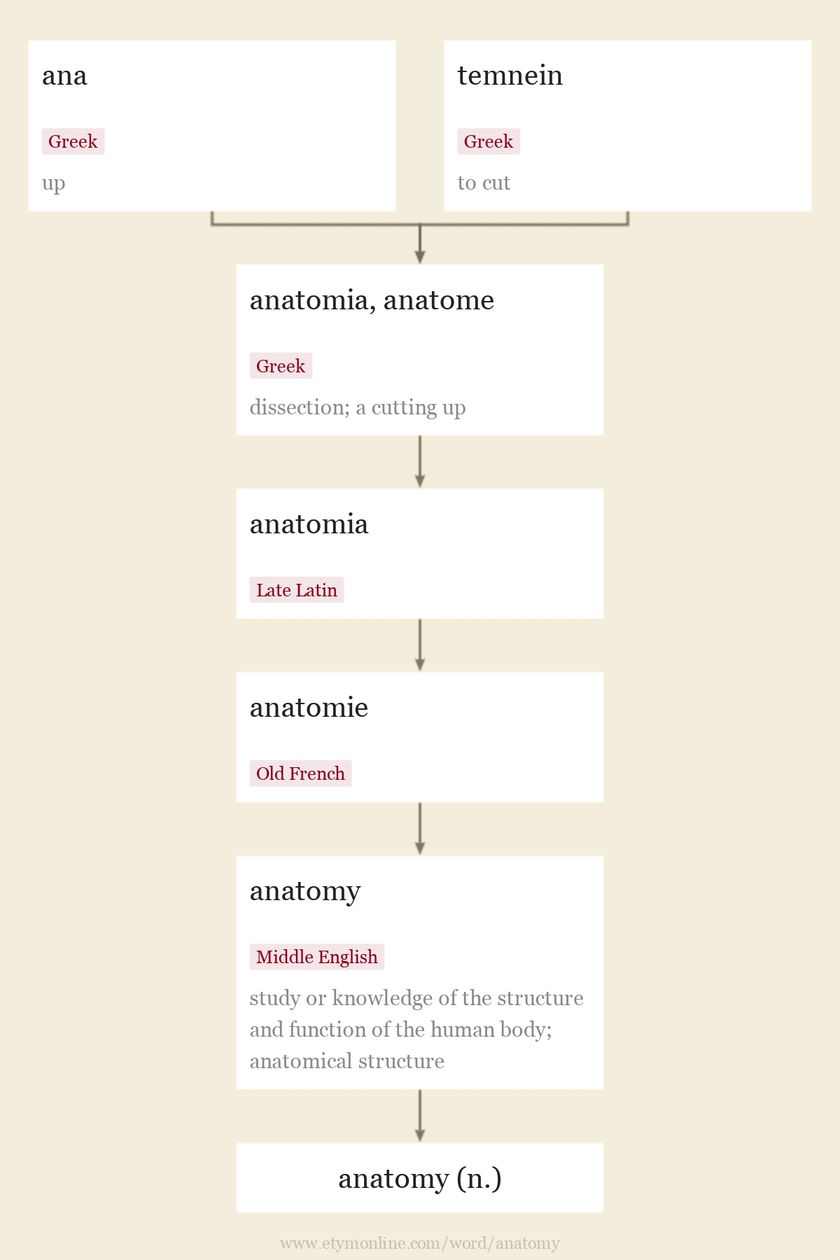 he studied the anatomy of crimes