c. 1600, "tendency, inclination, penchant" (a less severe sense now obsolete); 1640s as "state of being (self)-addicted" to a habit, pursuit, etc., from Latin addictionem (nominative addictio) "an awarding, a delivering up," noun of action from past-participle stem of addicere "to deliver, award; devote, consecrate, sacrifice" (see addict (v.)). In the sense "compulsion and need to take a drug as a result of prior use of it" from 1906, in reference to opium (there is an isolated instance from 1779 with reference to tobacco). 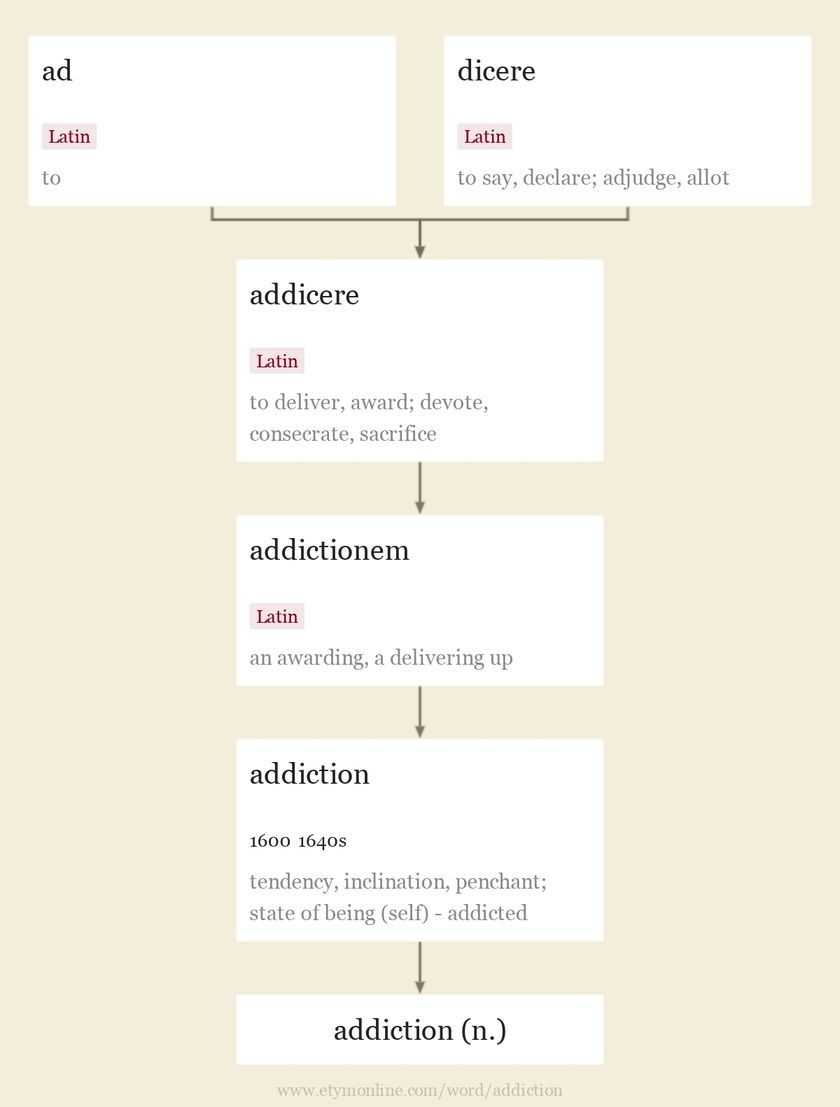 Advertisement
Definitions of addiction from WordNet
addiction (n.)
being abnormally tolerant to and dependent on something that is psychologically or physically habit-forming (especially alcohol or narcotic drugs);
Synonyms: dependence / dependance / dependency / habituation
addiction (n.)
an abnormally strong craving;
addiction (n.)
(Roman law) a formal award by a magistrate of a thing or person to another person (as the award of a debtor to his creditor); a surrender to a master;

under Roman law addiction was the justification for slavery