early 14c., "inferior officer in the church," from Old French acolite or directly from Medieval Latin acolytus (Late Latin acoluthus), from Greek akolouthos "following, attending on," as a noun, "a follower, attendant," literally "having one way," from a- "together with," copulative prefix (see a- (3)), + keleuthos "a way, road, path, course, journey," which is of unknown etymology. The word was in late Old English as acolitus, a Latin form; in early modern English a corrected form acolythe was used. 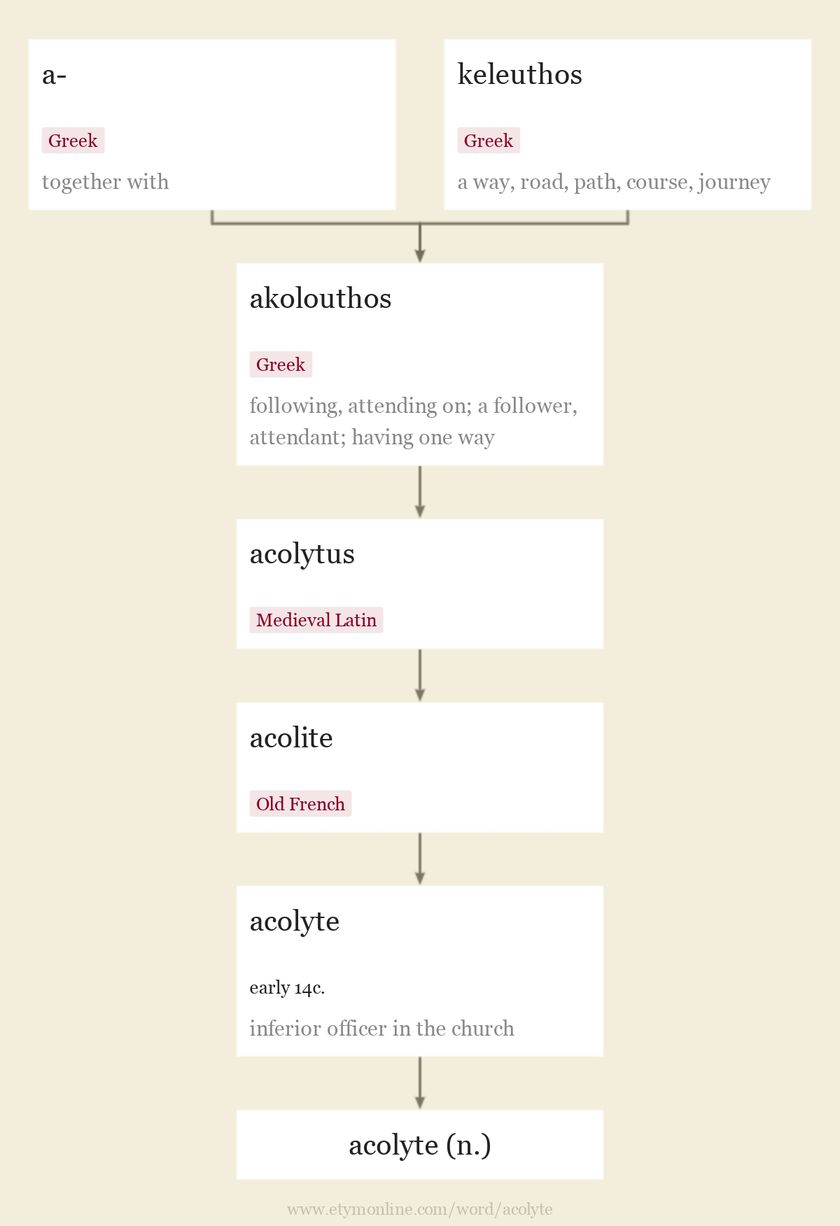 Advertisement
Definitions of acolyte from WordNet
acolyte (n.)
someone who assists a priest or minister in a liturgical service; a cleric ordained in the highest of the minor orders in the Roman Catholic Church but not in the Anglican Church or the Eastern Orthodox Churches;
From wordnet.princeton.edu