formerly also accrew, mid-15c., "to fall to someone as an addition or increment," of property, etc., from Old French acreue "growth, increase, what has grown," fem. of acreu, past participle of acreistre (Modern French accroître) "to increase," from Latin accrescere "grow progressively, increase, become greater," from ad "to" (see ad-) + crescere "grow" (from PIE root *ker- (2) "to grow"). Related: Accrued; accruing.

Apparently an English verb from a French noun because there is no English noun to go with it until much later (the earliest seems to be now-obsolete accrue, 1570s), unless the record is defective. From late 15c. as "happen or result as a natural growth;" from 1881 as "gain by increment, accumulate." Alternative verb accrete "grow by adhesion" (1784) is rare, as is accresce (1630s), from Latin accrescere. 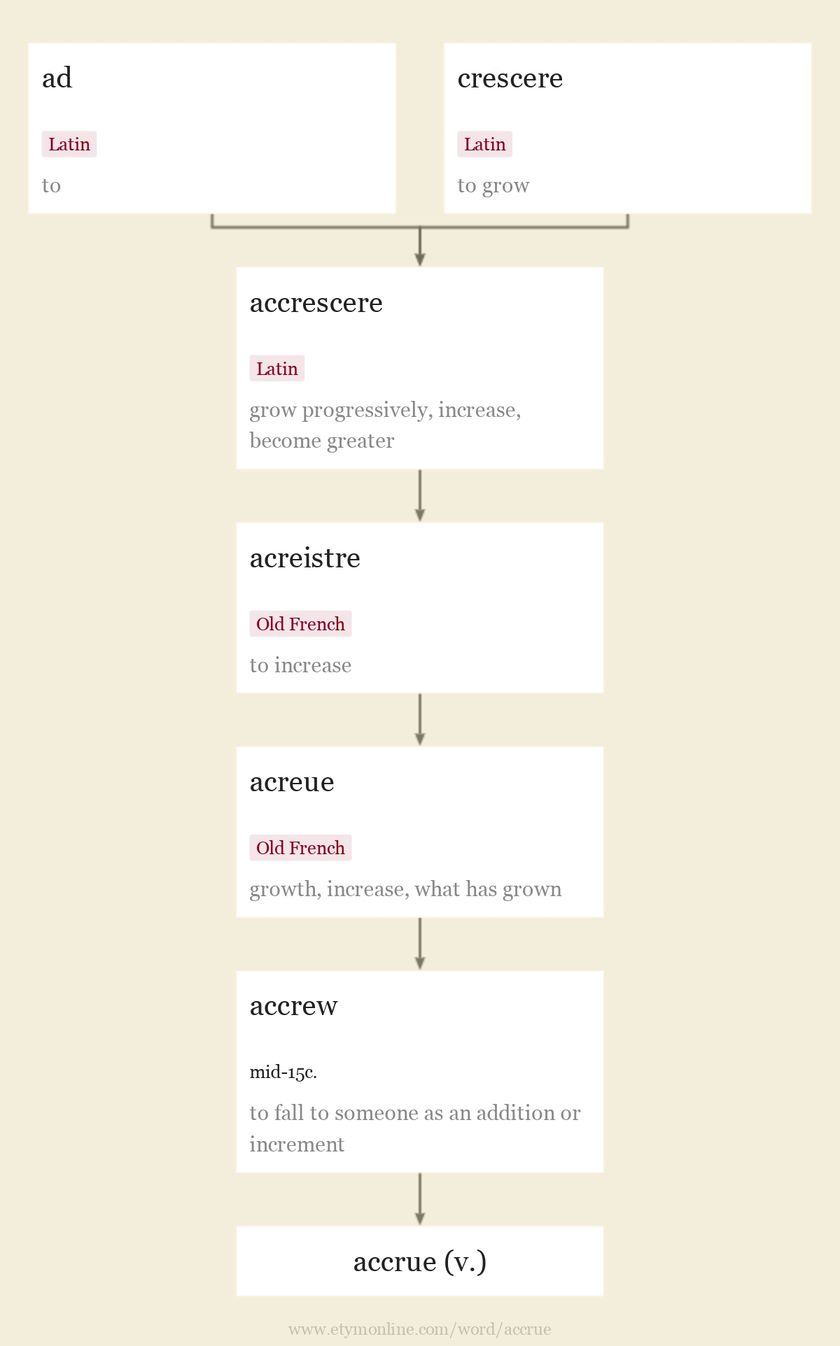 accrue (v.)
come into the possession of;

The house accrued to the oldest son