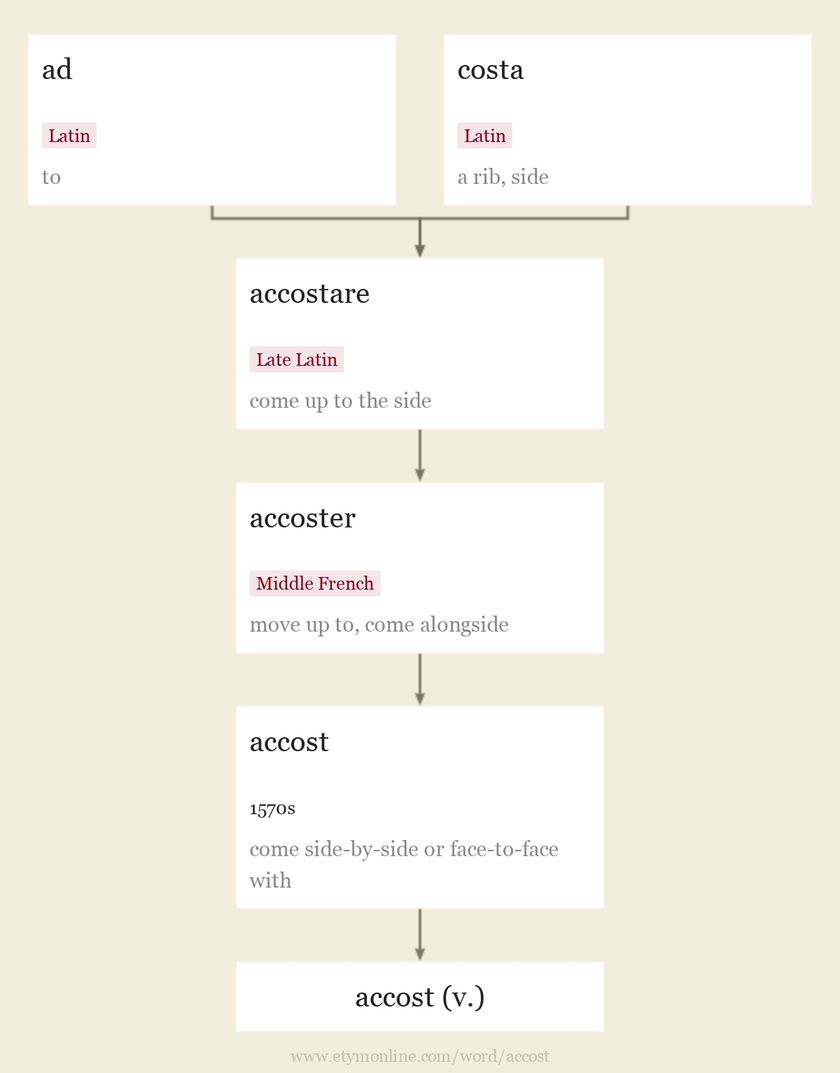 Advertisement
Definitions of accost from WordNet
accost (v.)
speak to someone;
Synonyms: address / come up to
accost (v.)
approach with an offer of sexual favors;
Synonyms: hook / solicit /
From wordnet.princeton.edu