early 14c., "an attack of fever," from Old French acces "onslaught, attack; onset (of an illness)" (14c.), from Latin accessus "a coming to, an approach; way of approach, entrance," noun use of past participle of accedere "to approach," from assimilated form of ad "to" (see ad-) + cedere "go, move, withdraw" (from PIE root *ked- "to go, yield"). English sense of "an entrance" (c. 1600) is directly from Latin. Meaning "habit or power of getting into the presence of (someone or something)" is from late 14c. 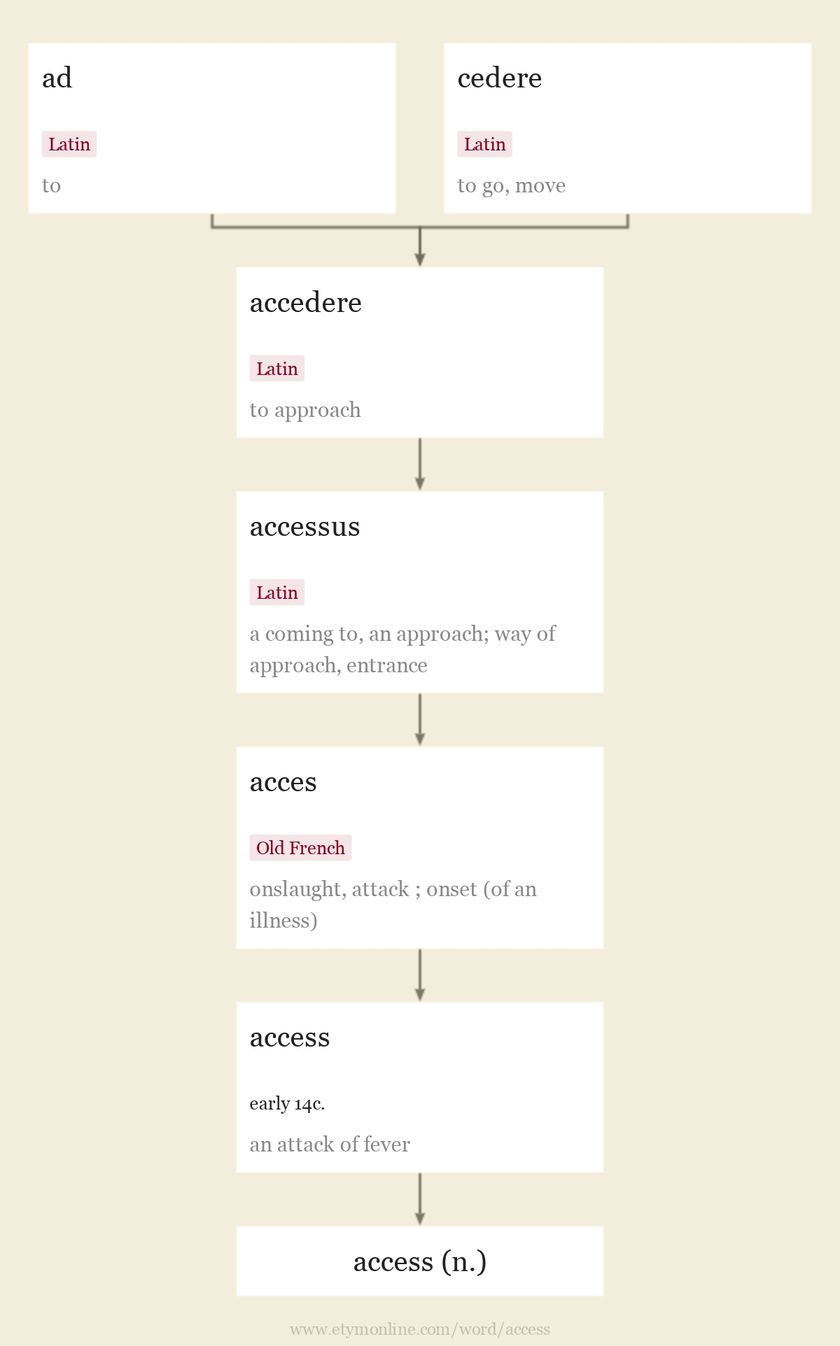 he took a wrong turn on the access to the bridge

Synonyms: approach
access (n.)
a code (a series of characters or digits) that must be entered in some way (typed or dialed or spoken) to get the use of something (a telephone line or a computer or a local area network etc.);
Synonyms: access code
access (n.)
(computer science) the operation of reading or writing stored information;
Synonyms: memory access
access (n.)
the act of approaching or entering;

How does one access the attic in this house?

Synonyms: get at
From wordnet.princeton.edu