1580s, "relating to an academy," also "collegiate, scholarly," from Latin academicus "of the (classical Athenian) Academy," from Academia, name of the place where Plato taught (see academy).

From 1610s in English in the sense "belonging to the classical Academy in Athens." Meaning "theoretical, not practical, not leading to a decision" (such as university debates or classroom legal exercises) is from 1886. In the arts, "rigidly conforming to academic style," 1889. Academic freedom "liberty of a teacher to state opinions openly without fear of retribution," is attested from 1901. Related: Academical; academically; academicalism (1874); Johnson has academial.

As a noun, "student in college or university life," 1580s (Latin academicus, Greek akademikoi meant "Academic philosopher"). Also academian (1590s), while academician (1746) mostly was confined to members of the old societies for the promotion of sciences and arts. 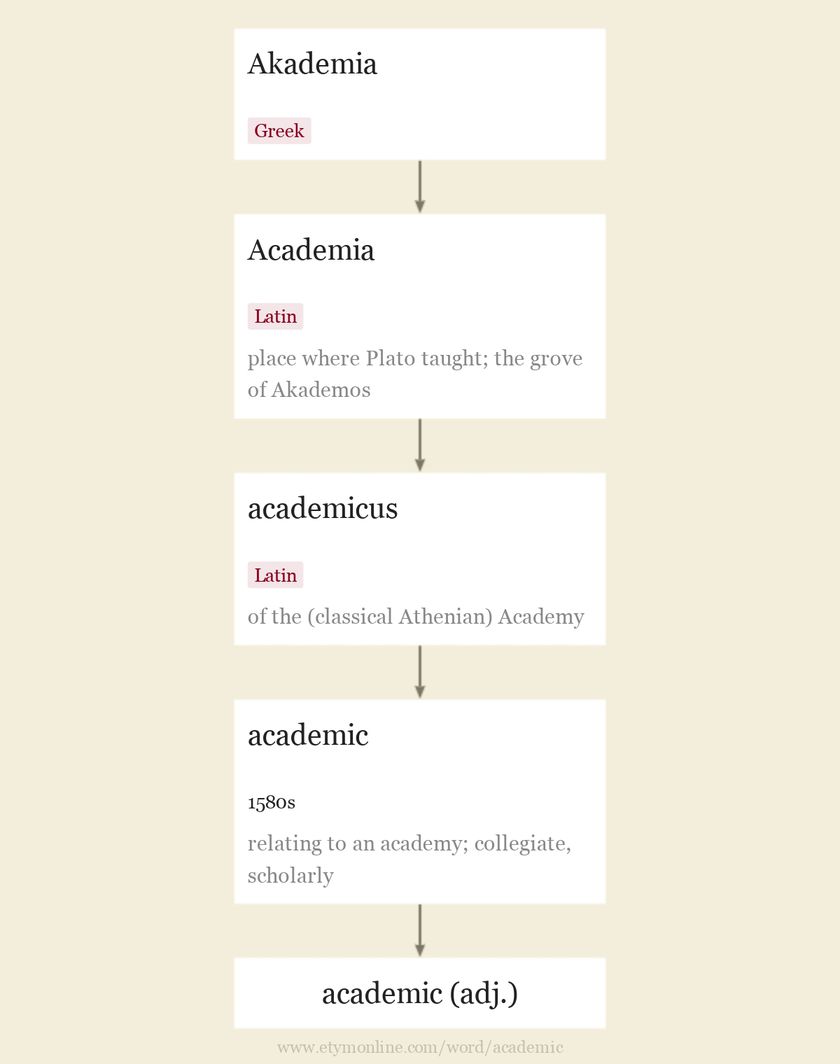 Advertisement
Definitions of academic from WordNet
1
academic (adj.)
associated with academia or an academy;

academic (adj.)
hypothetical or theoretical and not expected to produce an immediate or practical result;

academic (adj.)
marked by a narrow focus on or display of learning especially its trivial aspects;
Synonyms: donnish / pedantic
2
academic (n.)
an educator who works at a college or university;
Synonyms: academician / faculty member
From wordnet.princeton.edu