English seems to always have used in the -ou- spelling, though in Middle English an unetymological h- sometimes was added. The vowel in Old French abonder, abondance is a continuation of a Merovingian Latin scribal use of -o- for classical Latin -u- to attempt to identify a sound that had evolved since classical times. In French eventually this sound came to be represented by -ou-. Compare French tour "tower," from Old French tor, from Latin turris; court (n.), from Old French cort, from Latin curtus; French outre from Latin ultra, etc. However -o- remained before a nasal (as nombre from numerus, monde from mundum, etc.). 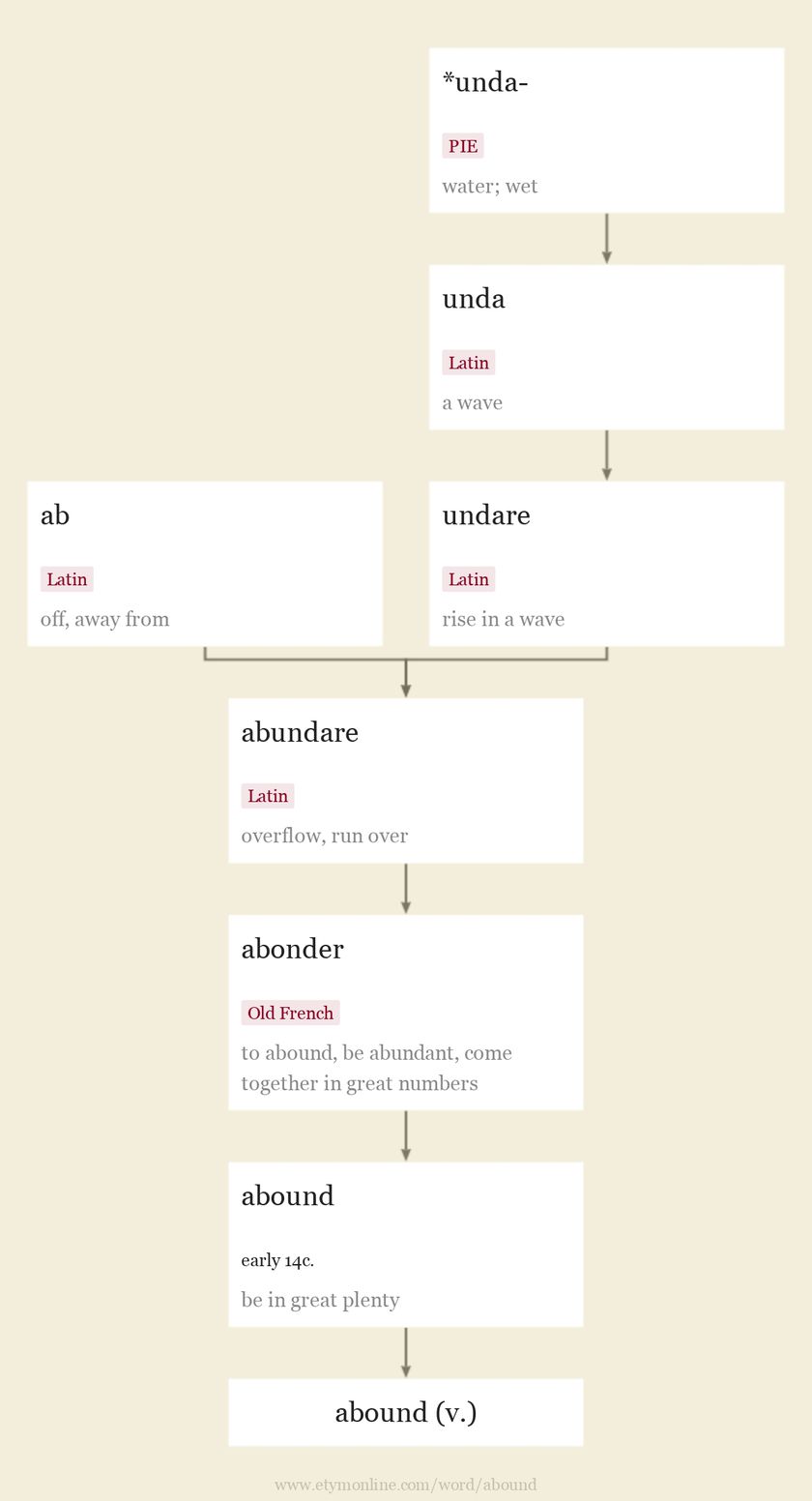 Advertisement
Definitions of abound from WordNet
abound (v.)
be abundant or plentiful; exist in large quantities;
abound (v.)
be in a state of movement or action;

The room abounded with screaming children