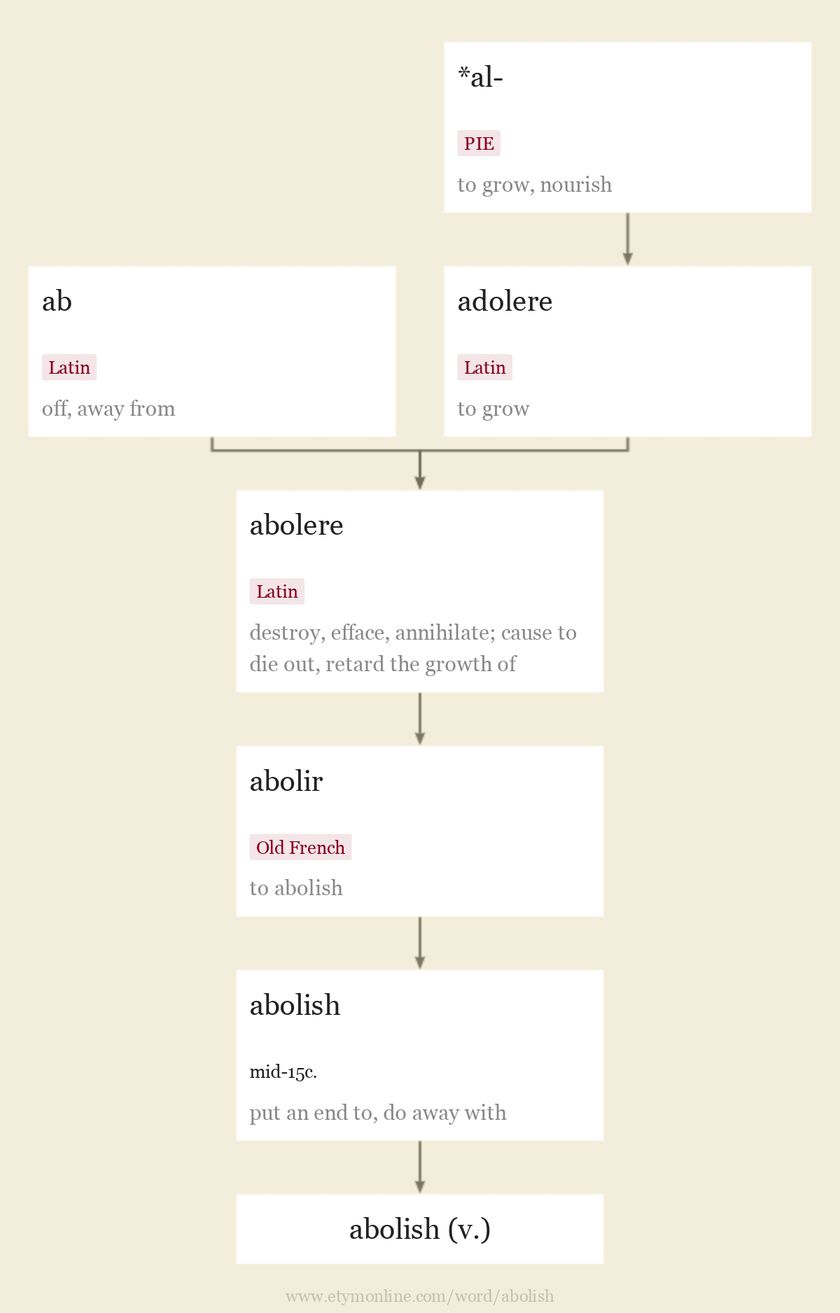 Advertisement
Definitions of abolish from WordNet
abolish (v.)
do away with;

Synonyms: get rid of
From wordnet.princeton.edu