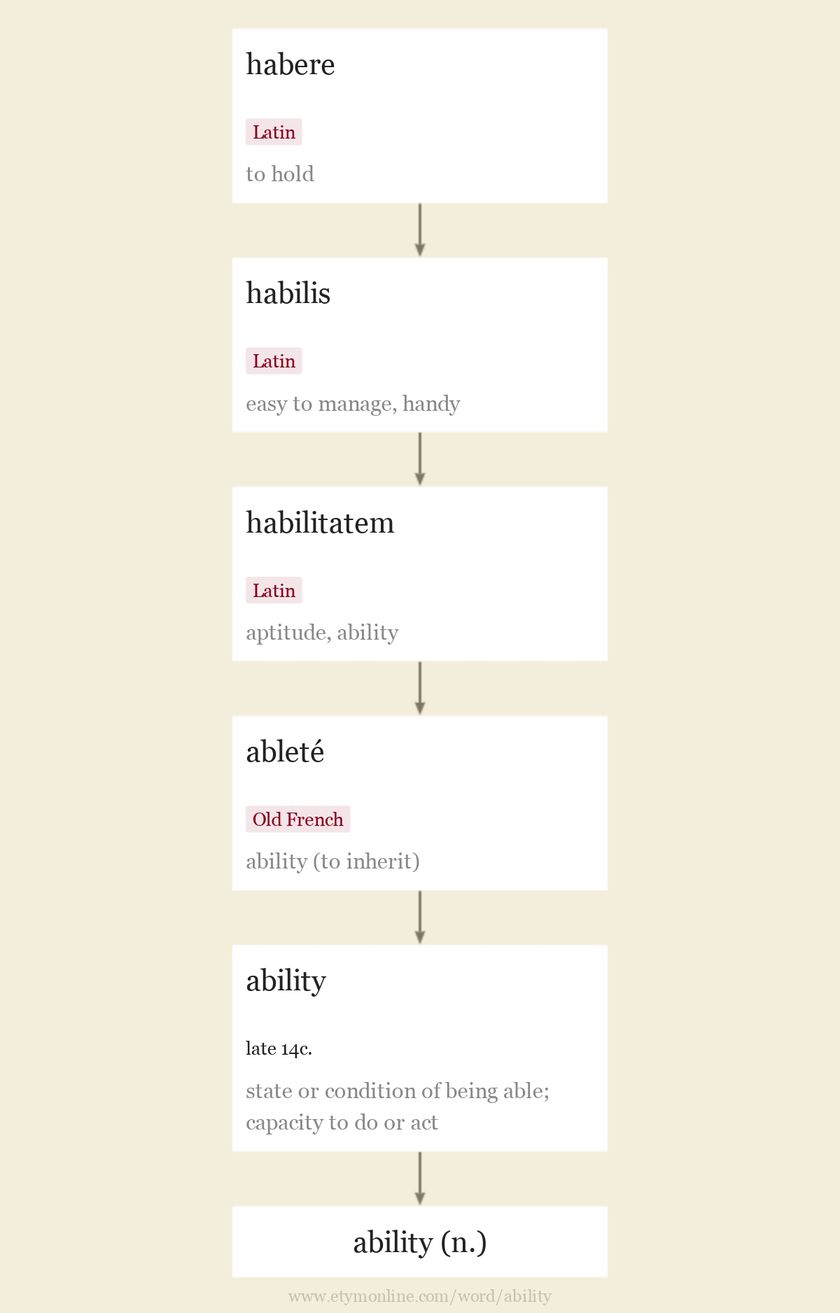 Advertisement
Definitions of ability from WordNet
ability (n.)
the quality of being able to perform; a quality that permits or facilitates achievement or accomplishment;
ability (n.)
possession of the qualities (especially mental qualities) required to do something or get something done;
Synonyms: power
From wordnet.princeton.edu