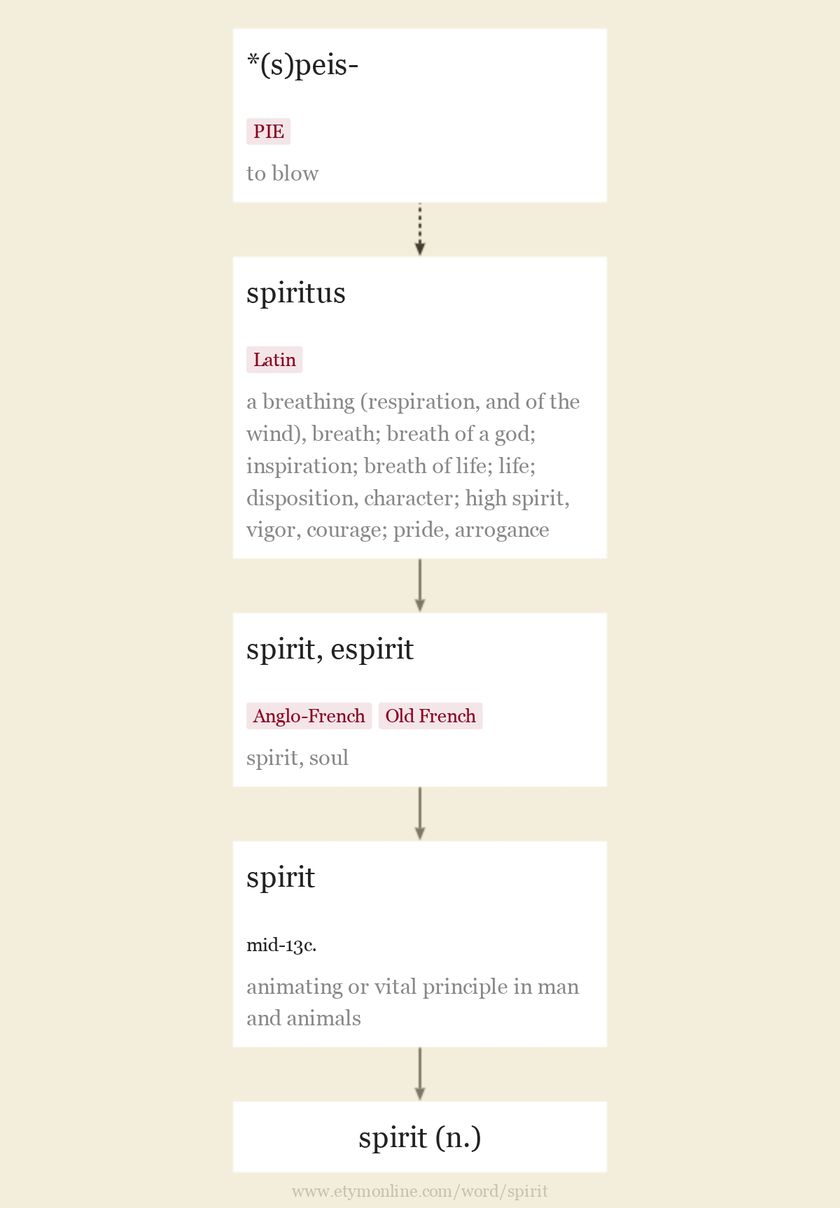 1590s, "to make more active or energetic" (of blood, alcohol, etc.), from spirit (n.). The meaning "carry off or away secretly" (as though by supernatural agency) is first recorded 1660s. Related: Spirited; spiriting. 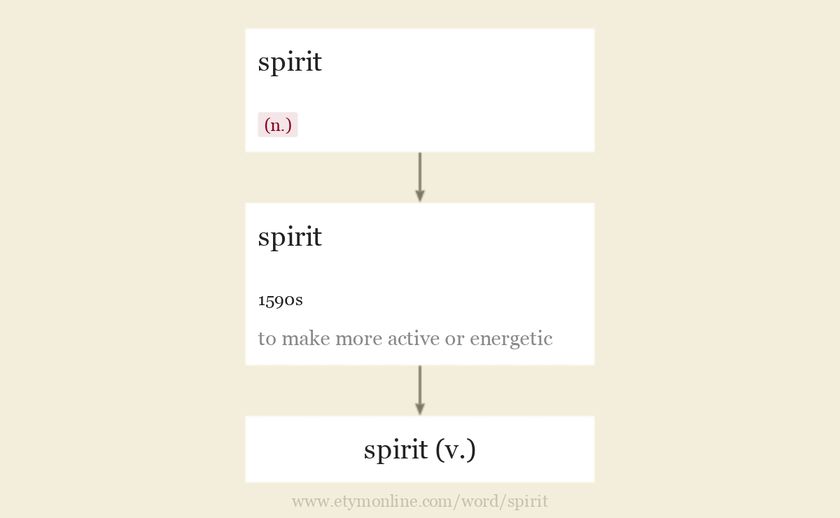 Advertisement
Advertisement
Definitions of spirit from WordNet
1
spirit (n.)
the vital principle or animating force within living things;
spirit (n.)
the general atmosphere of a place or situation and the effect that it has on people;
Synonyms: tone / feel / feeling / flavor / flavour / look / smell
spirit (n.)
a fundamental emotional and activating principle determining one's character;
spirit (n.)
any incorporeal supernatural being that can become visible (or audible) to human beings;
Synonyms: disembodied spirit
spirit (n.)
the state of a person's emotions (especially with regard to pleasure or dejection);

he was in good spirits

The company spirited him up

Synonyms: spirit up / inspirit
From wordnet.princeton.edu