According to Cicero derived from relegere "go through again" (in reading or in thought), from re- "again" (see re-) + legere "read" (see lecture (n.)). However, popular etymology among the later ancients (Servius, Lactantius, Augustine) and the interpretation of many modern writers connects it with religare "to bind fast" (see rely), via notion of "place an obligation on," or "bond between humans and gods." In that case, the re- would be intensive. Another possible origin is religiens "careful," opposite of negligens. In English, meaning "particular system of faith" is recorded from c. 1300; sense of "recognition of and allegiance in manner of life (perceived as justly due) to a higher, unseen power or powers" is from 1530s.

To hold, therefore, that there is no difference in matters of religion between forms that are unlike each other, and even contrary to each other, most clearly leads in the end to the rejection of all religion in both theory and practice. And this is the same thing as atheism, however it may differ from it in name. [Pope Leo XIII, Immortale Dei, 1885] 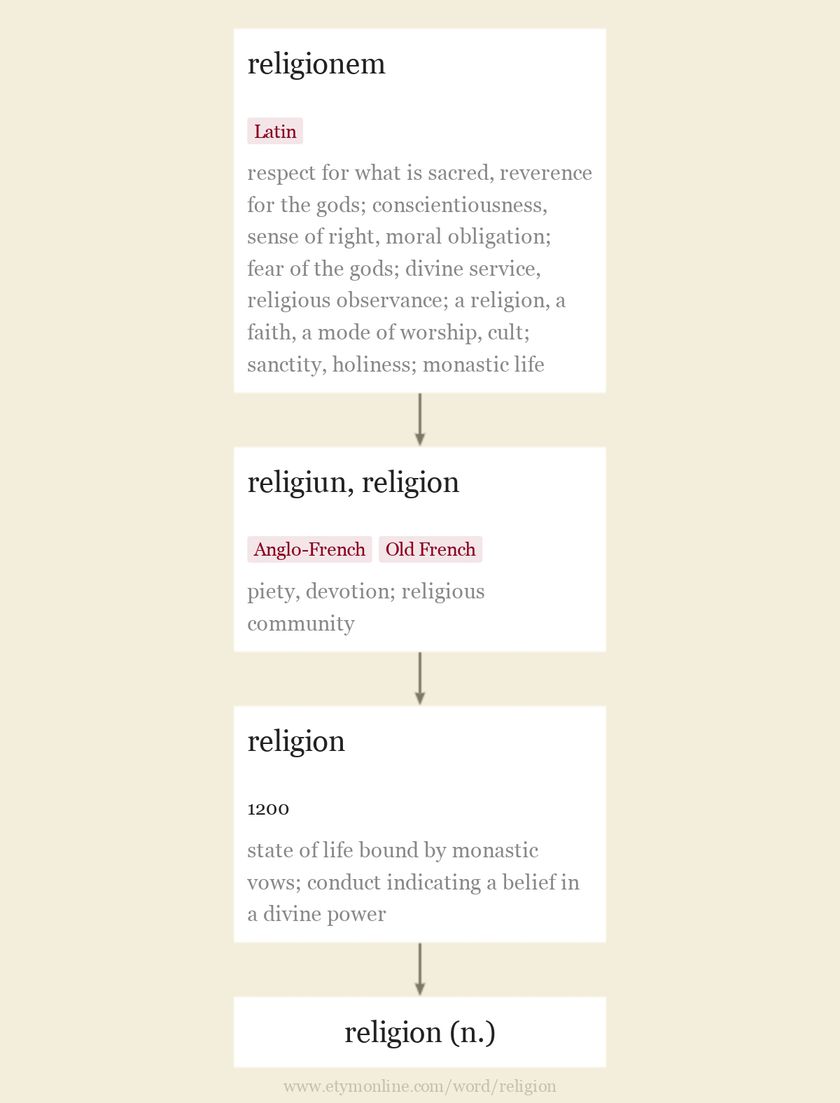 he was raised in the Baptist religion