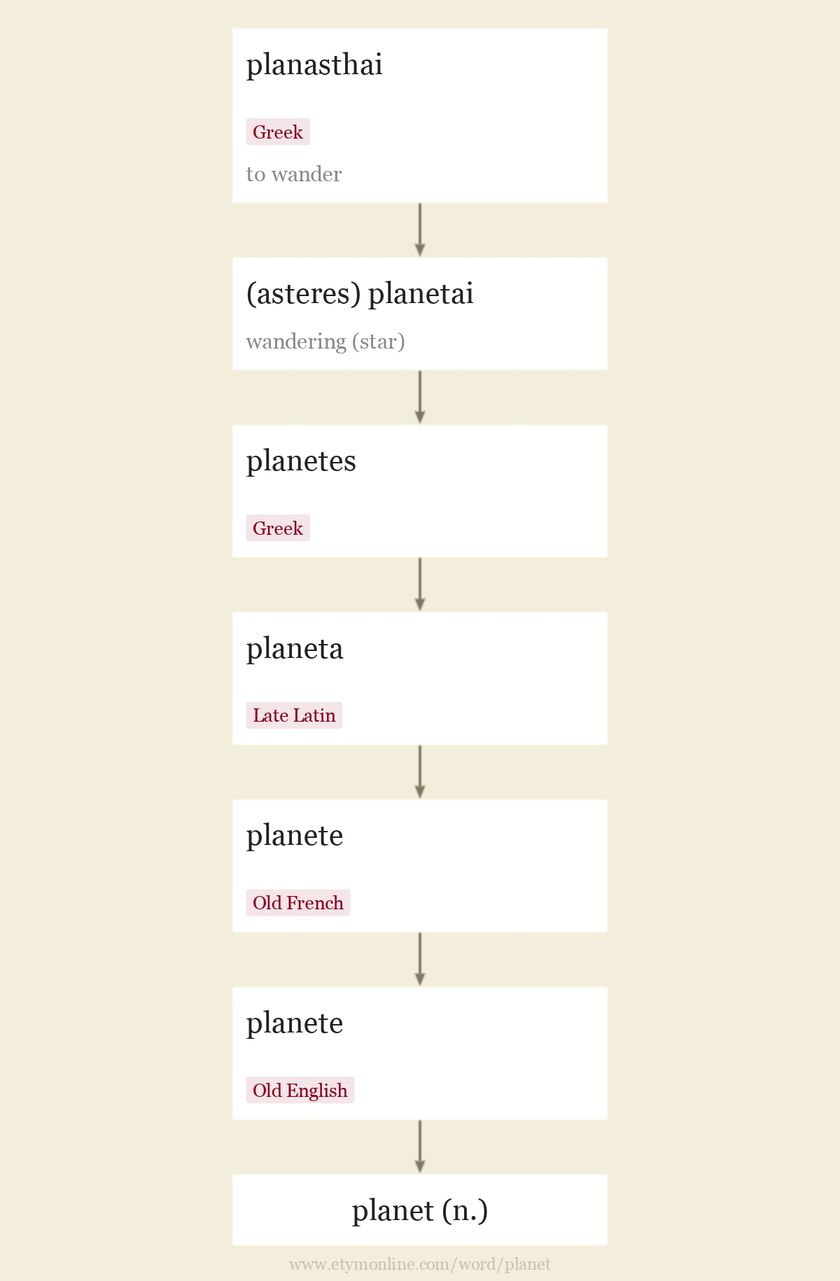 Advertisement
Definitions of planet from WordNet
planet (n.)
(astronomy) any of the nine large celestial bodies in the solar system that revolve around the sun and shine by reflected light; Mercury, Venus, Earth, Mars, Jupiter, Saturn, Uranus, Neptune, and Pluto in order of their proximity to the sun; viewed from the constellation Hercules, all the planets rotate around the sun in a counterclockwise direction;
Synonyms: major planet
planet (n.)
a person who follows or serves another;
Synonyms: satellite
planet (n.)
any celestial body (other than comets or satellites) that revolves around a star;
From wordnet.princeton.edu