"figure of speech by which a characteristic of one object is assigned to another, different but resembling  it or analogous to it; comparison by transference of a descriptive word or phrase," late 15c., methaphoris (plural), from French metaphore (Old French metafore, 13c.) and directly from Latin metaphora, from Greek metaphora "a transfer," especially of the sense of one word to a different word, literally "a carrying over," from metapherein "to transfer, carry over; change, alter; to use a word in a strange sense," from meta "over, across" (see meta-) + pherein "to carry, bear" (from PIE root *bher- (1) "to carry," also "to bear children").

But a metaphor is no argument, though it be sometimes the gunpowder to drive one home and imbed it in the memory. [James Russell Lowell, "Democracy," 1884]

It is a great thing, indeed, to make a proper use of the poetical forms, as also of compounds and strange words. But the greatest thing by far is to be a master of metaphor. It is the one thing that cannot be learnt from others; and it is also a sign of genius, since a good metaphor implies an intuitive perception of the similarity in dissimilars. [Aristotle, "Poetics," 1459a 3-8] 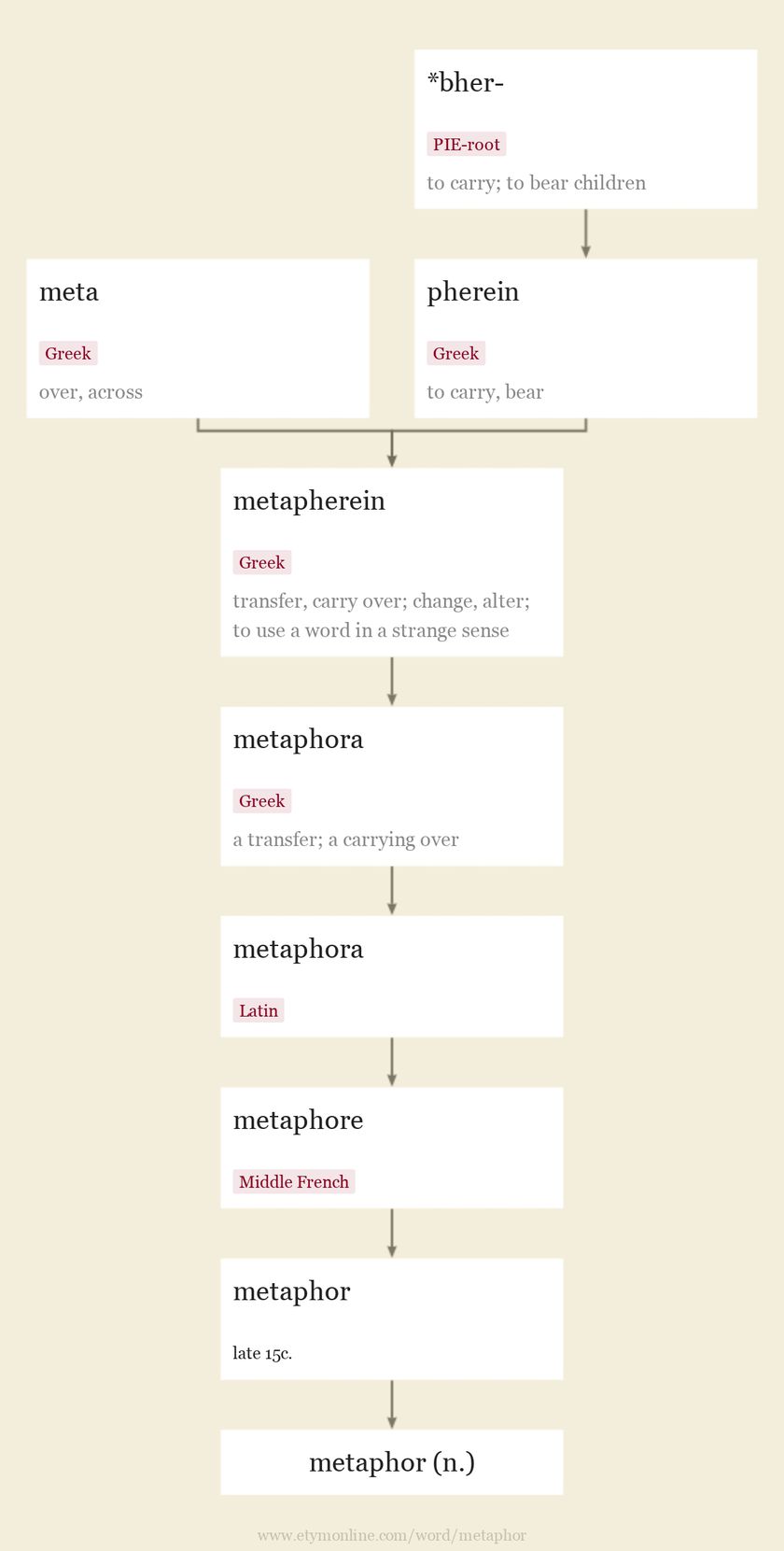 Advertisement
Definitions of metaphor from WordNet
metaphor (n.)
a figure of speech in which an expression is used to refer to something that it does not literally denote in order to suggest a similarity;
From wordnet.princeton.edu