late 14c., magike, "art of influencing or predicting events and producing marvels using hidden natural forces," also "supernatural art," especially the art of controlling the actions of spiritual or superhuman beings; from Old French magique "magic; magical," from Late Latin magice "sorcery, magic," from Greek magike (presumably with tekhnē "art"), fem. of magikos "magical," from magos "one of the members of the learned and priestly class," from Old Persian magush, which is possibly from PIE root *magh- "to be able, have power."

The transferred sense of "legerdemain, optical illusion, etc." is from 1811. It displaced Old English wiccecræft (see witch); also drycræft, from dry "magician," from Irish drui "priest, magician" (see Druid). Natural magic in the Middle Ages was that which did not involve the agency of personal spirits; it was considered more or less legitimate, not sinful, and involved much that would be explained scientifically as the manipulation of natural forces. 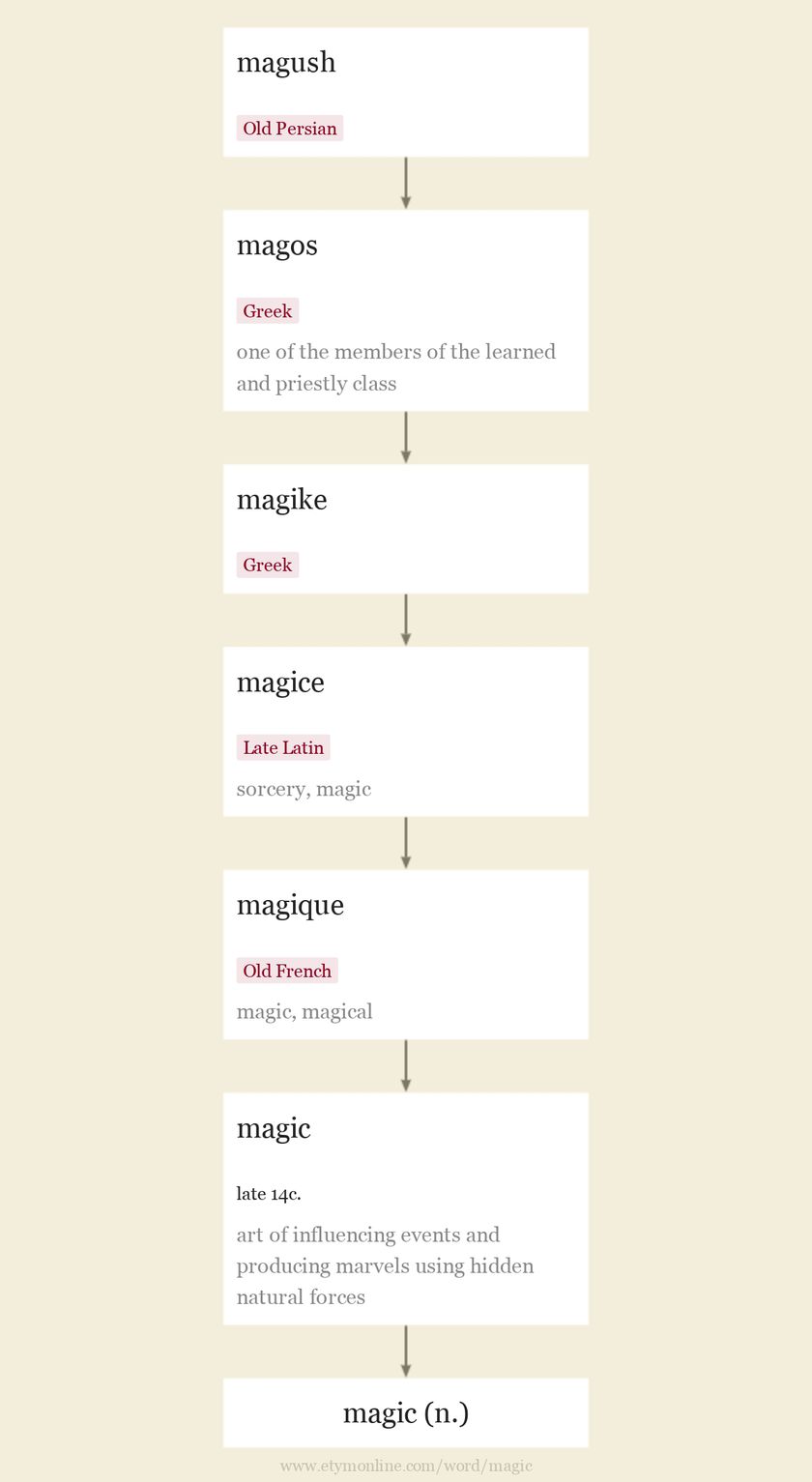 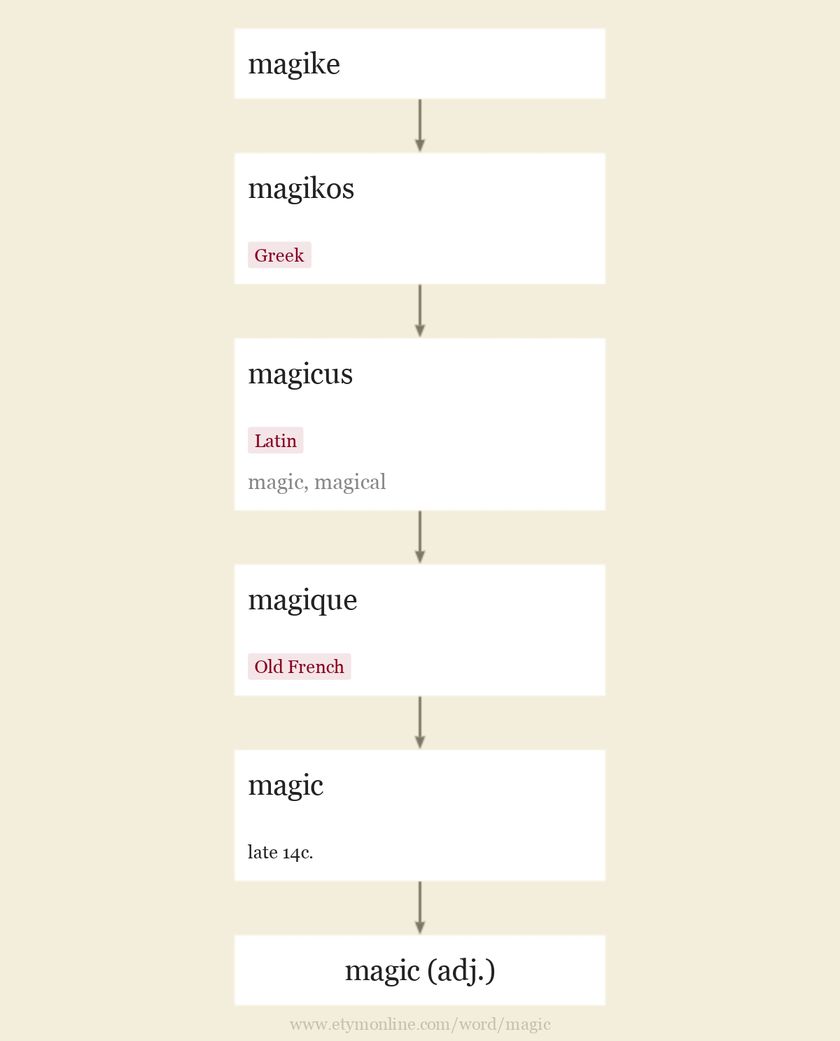