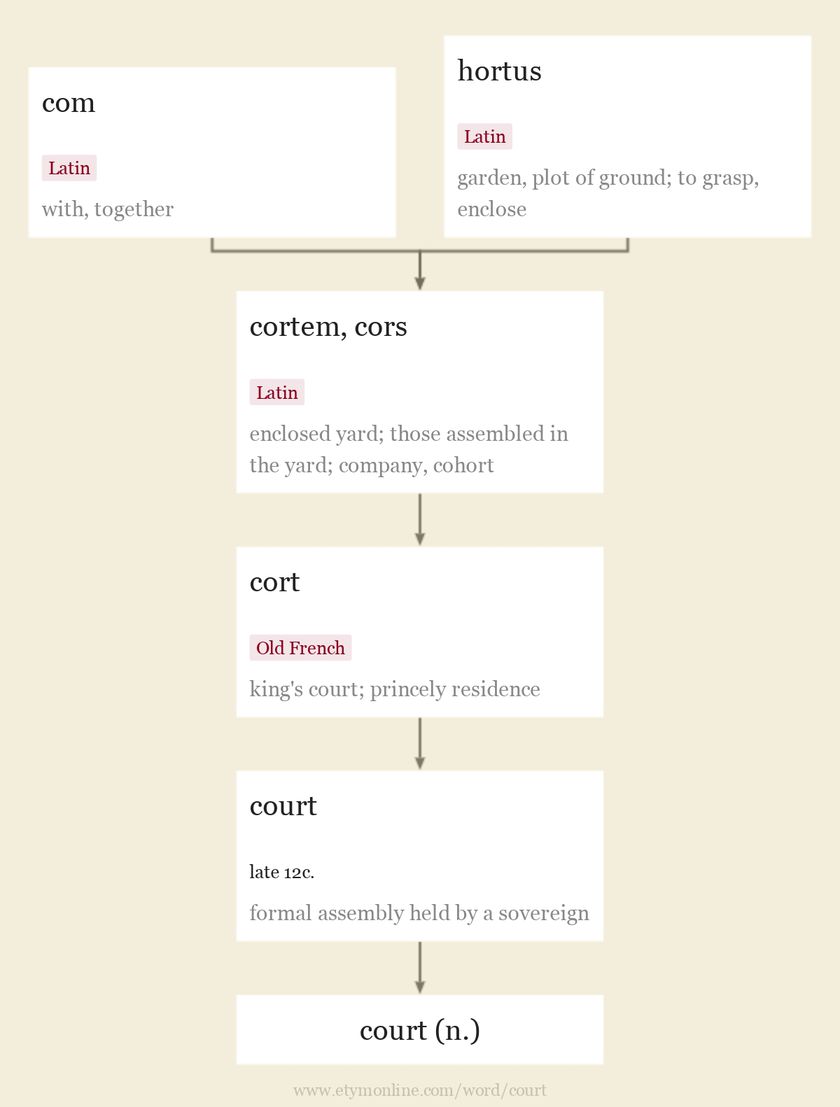 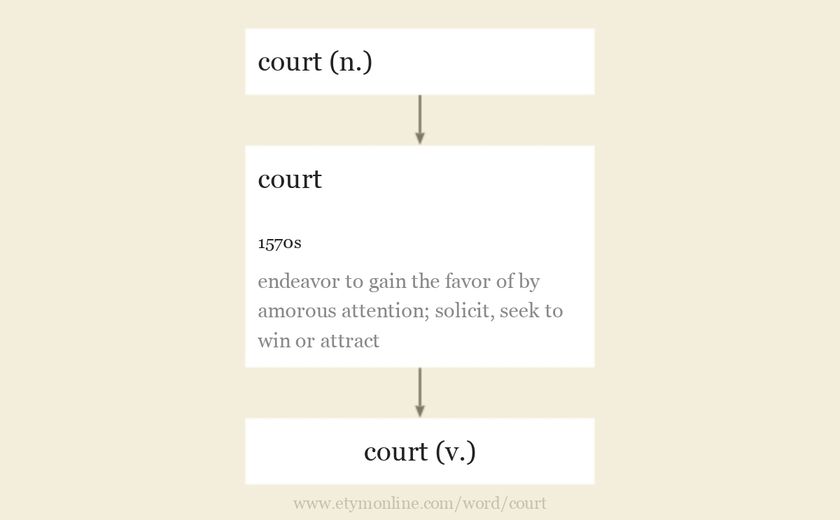 players had to reserve a court in advance

the king will visit the duke's court

court (n.)
an area wholly or partly surrounded by walls or buildings;

the house was built around an inner court

pay court to the emperor

We were courting for over ten years