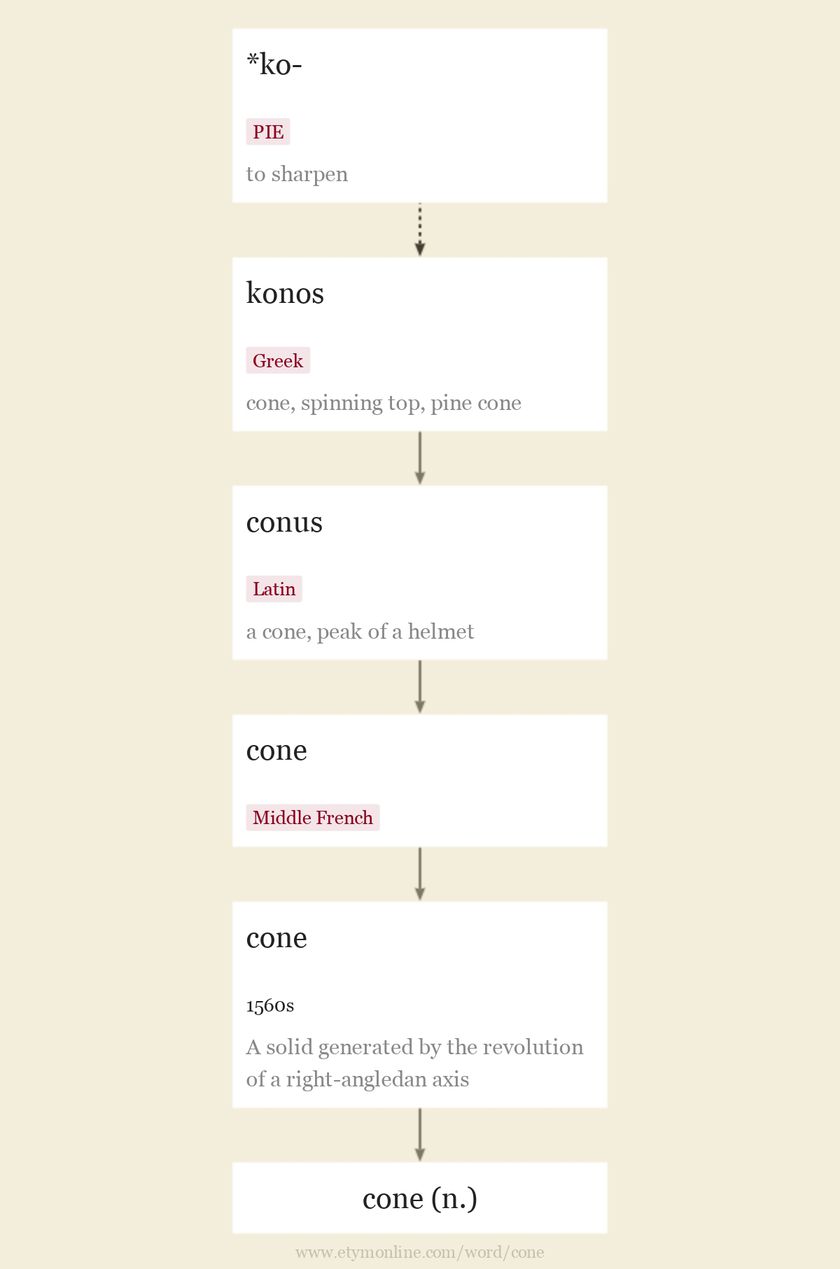 Advertisement
Definitions of cone from WordNet
1
cone (n.)
any cone-shaped artifact;
cone (n.)
a shape whose base is a circle and whose sides taper up to a point;
Synonyms: conoid / cone shape
cone (n.)
cone-shaped mass of ovule- or spore-bearing scales or bracts;
Synonyms: strobilus / strobile
cone (n.)
a visual receptor cell in the retina that is sensitive to bright light and to color;
Synonyms: cone cell / retinal cone
2
cone (v.)
make cone-shaped;