"From 16th to 19th c. chiefly poetic, with associations of dignity, solemnity, or splendour ..." [OED]. Used in U.S. by 1826 of railway freight carriages and of passenger coaches on a railway by 1830; by 1862 of streetcars or tramway cars. Extension to "automobile" is by 1896, but from 1831 to the first decade of 20c. the cars meant "railroad train." Car bomb first attested 1972, in reference to Northern Ireland. The Latin word also is the source of Italian and Spanish carro, French char. 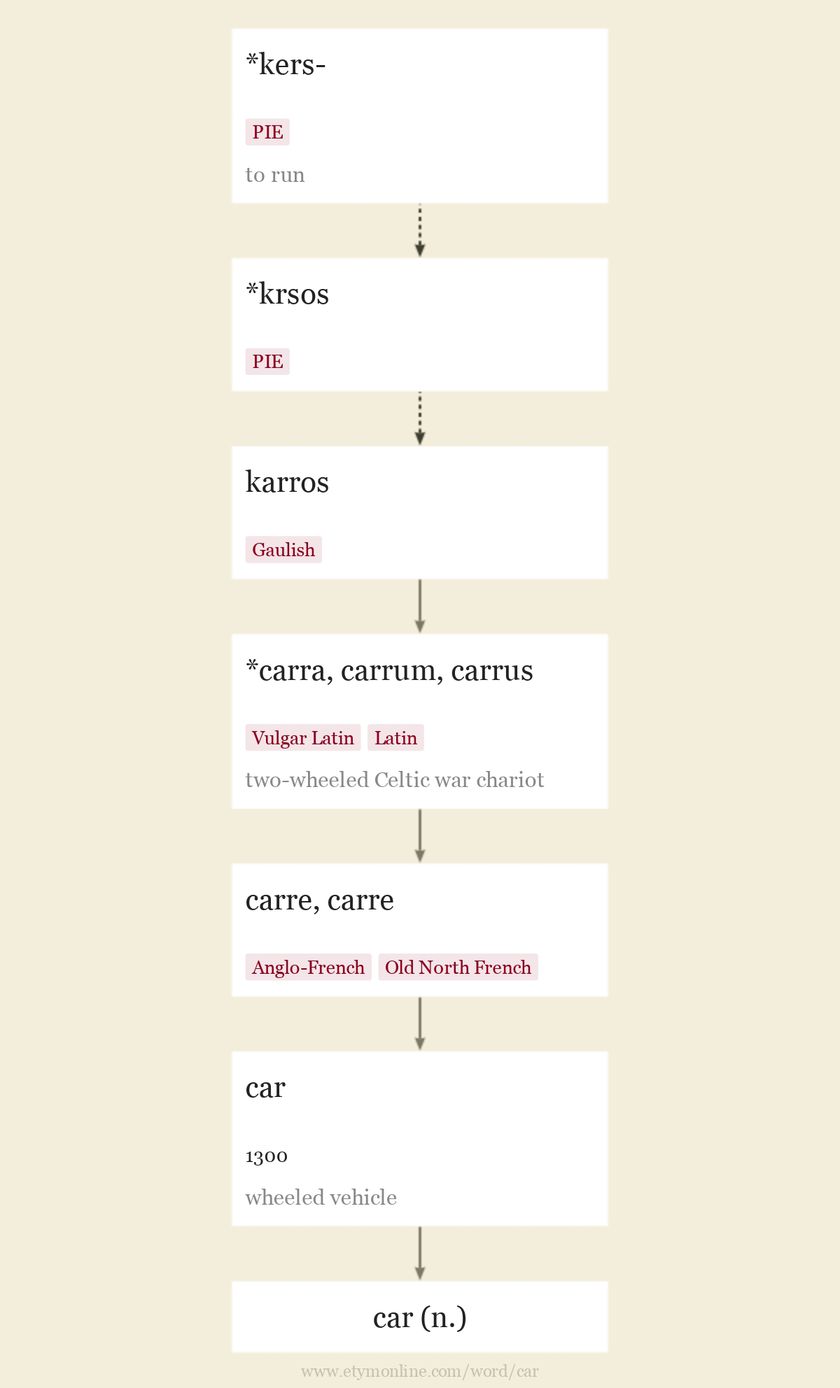 he needs a car to get to work

three cars had jumped the rails

Synonyms: railcar / railway car / railroad car
car (n.)
the compartment that is suspended from an airship and that carries personnel and the cargo and the power plant;
Synonyms: gondola
car (n.)
where passengers ride up and down;

the car was on the top floor

Synonyms: elevator car
car (n.)
a conveyance for passengers or freight on a cable railway;

they took a cable car to the top of the mountain