late 14c., "suitable, answering all requirements, sufficient, adequate," from Old French competent "sufficient, appropriate, suitable," and directly from Latin competentem (nominative competens), present participle of competere "coincide, agree" (see compete). It preserves the classical Latin sense of the verb, whereas the meaning in compete is a post-classical evolution. Meaning "able, fit, having ability or capacity" is from 1640s. Legal sense "having legal capacity or qualification" is late 15c. Related: Competently.

fossil swimming crustacean of the Silurian and Devonian, 1874, from Greek eurys "broad, wide" (see eury-) + pteron "feather, wing" (from PIE root *pet- "to rush, to fly"); so called from their swimming appendages. 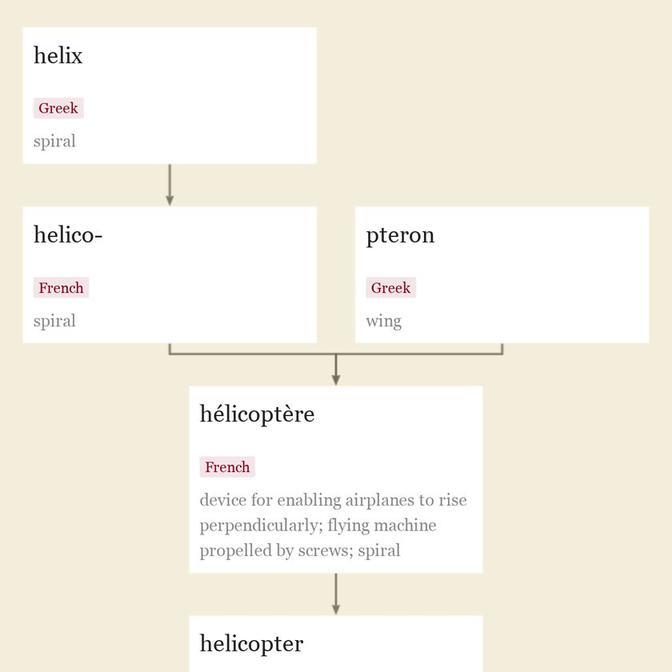 The idea was to gain lift from spiral aerofoils, and it didn't work. Used by Jules Verne and the Wright Brothers, the word was transferred to helicopters in the modern sense by 1918 when those began to be developed. Nativized in Flemish as wentelwiek "with rotary vanes."

early 15c., impetous "rapid movement, rush;" 1640s, with modern spelling, "force with which a body moves, driving force," from Latin impetus "an attack, assault; rapid motion; an impulse; violence, vigor, force;" figuratively "ardor, passion," from impetere "to attack," from assimilated form of in- "into, in, on, upon" (from PIE root *en "in") + petere "aim for, rush at" (from PIE root *pet- "to rush, to fly").