It is the hypothetical source of/evidence for its existence is provided by: Latin lac (genitive lactis) "milk;" Greek gala (genitive galaktos), "milk;" Armenian dialectal kaxc' "milk." The initial "g" probably was lost in Latin by dissimilation. This and the separate root *melg-, account for words for "milk" in most of the Indo-European languages. The absence of a common word for it is considered a mystery. 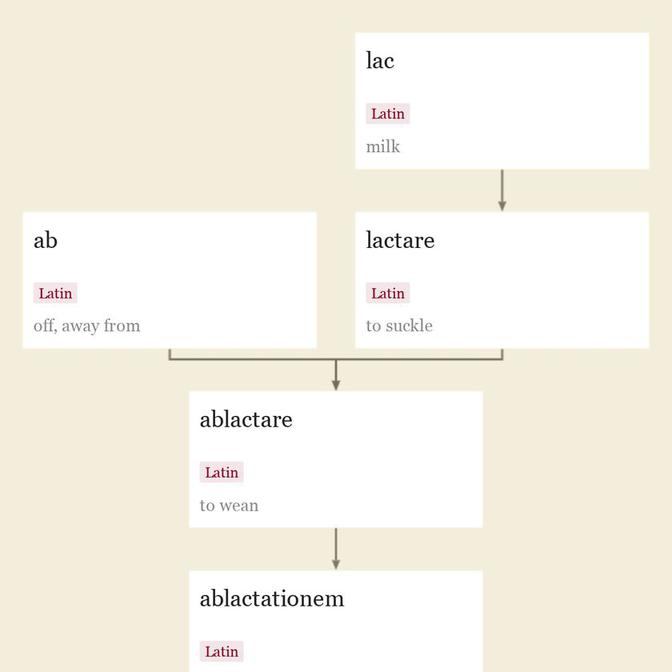 "weaning of a child," 1650s, from Latin ablactationem (nominative ablactatio) "weaning," noun of action from past-participle stem of ablactare "to wean," from ab "off, away from" (see ab-) + lactare "to suckle," from lac (genitive lactis) "milk" (from PIE root *g(a)lag- "milk").