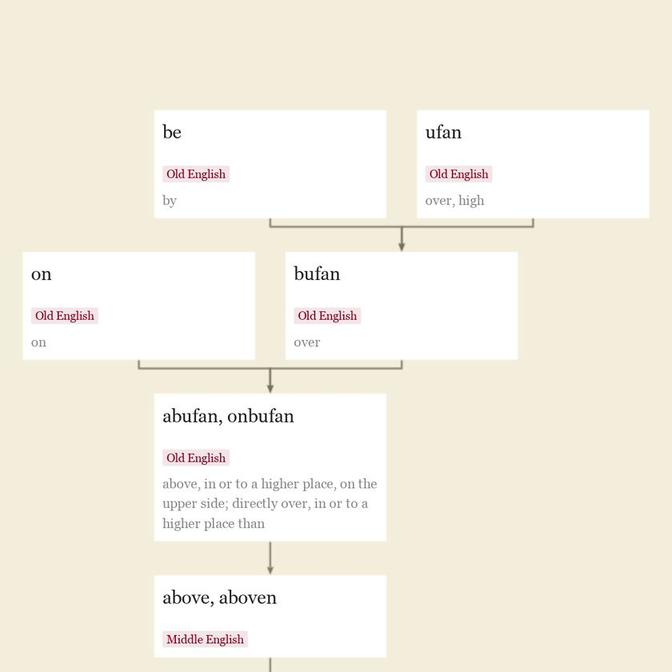 The second element is itself a compound of be "by" (see by) + ufan "over/high" (from Proto-Germanic *ufan-, source also of Old Saxon, Old High German oban, German oben; from PIE root *upo "under," also "up from under," hence also "over").

From c. 1200 as "of higher rank or position, superior in authority or power; of higher rank than, superior to." This sense in Middle English perhaps was reinforced by a literal use of above in the sense "higher at the table than," thus "in a place of greater honor than, taking precedence over" (mid-14c.) From mid-14c. as "in addition to;" also "superior to, out of reach of, not condescending to." From late 14c. as "more" (in number, linear measurement, weight, value); "older; better than, more desirable than, superior to."

Phrase above all "before other considerations" is from late 14c. To be above (someone's) head in the figurative sense "out of range of his or her intellect" is from 1914 (above in the sense "not to be grasped or understood by" is from mid-14c.). In Middle English to be above erthe was "above ground, unburied," hence "living, among the living."