1782, in medical writings, "relating to, characteristic of, or affected with nostalgia, homesick" (in nostalgic insanity), from nostalgia + -ic. The modern weaker sense of "evoking a wistful and sentimental yearning for the past" is by 1842. Related: Nostalgically. 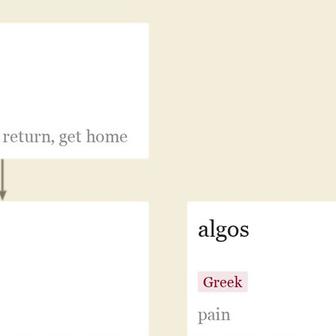 1756, translating German Heimweh, from Heim "home" (see home (n.)) + Weh "woe, pain;" the compound is from Swiss dialect, expressing a longing for the mountains, and was introduced to other European languages 17c. by Swiss mercenaries. Also see nostalgia.