Old English mearcere "writer, notary" (glossing Latin notarius "clerk"), literally "one who marks," agent noun from mark (v.). Not found again until late 15c., hence modern use is perhaps a separate formation. Meaning "monument stone" is from 1888. Sense of "tool for marking" is by 1725; meaning "felt-tipped marker pen" is from 1951, so called because their purpose was to highlight text.

city in Warwickshire, mid-13c., an alteration of Old English Couentre (1043), probably literally  "Cofa's tree," from Old English masc. personal name Cofa (genitive Cofan) + tree (n.). If this is correct, the name might refer to a boundary marker or a public assembly place. The explanation that it was named for a convent (see covent) founded there 11c. likely would be folk etymology.

From mid-14c. as "an external limit, that which limits or circumscribes;" figuratively, of feelings, etc., from late 14c. From late 14c. as "limits of an estate or territory." Now chiefly in out of bounds, which originally referred to limits imposed on students at schools; the other senses generally have gone with boundary.
Related entries & more
Advertisement
magic (adj.) 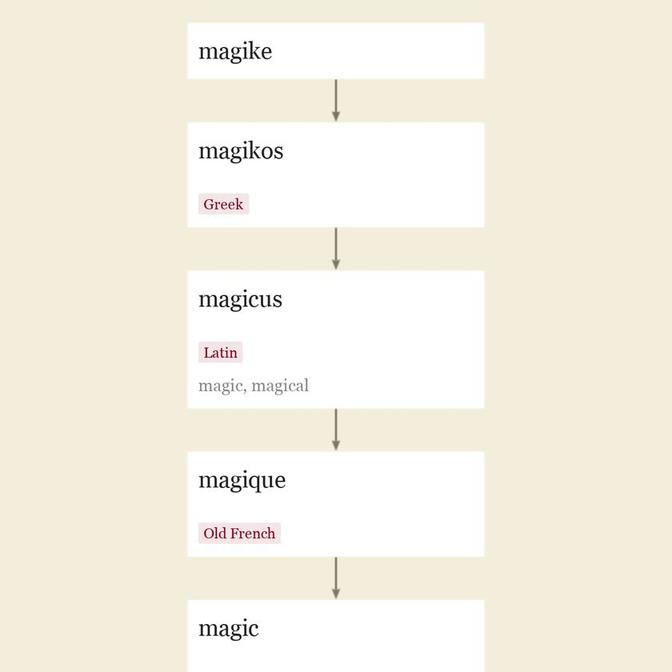 In ancient Rome, Terminus was the name of the deity who presided over boundaries and landmarks, focus of the important Roman festival of Terminalia (held Feb. 23, the end of the old Roman year). The meaning "either end of a transportation line" is first recorded 1836.

The regular Draw-Poker game is usually varied by occasional Jack-Pots, which are played once in so many deals, or when all have refused to play, or when the player deals who holds the buck, a marker placed in the pool with every jack-pot. In a jack-pot each player puts up an equal stake and receives a hand. The pot must then be opened by a player holding a hand of the value of a pair of knaves (jacks) or better. If no player holds so valuable a hand the deal passes and each player adds a small sum to the pot or pool. When the pot is opened the opener does so by putting up any sum he chooses, within the limit, and his companions must pay in the same amount or "drop." They also possess the right to raise the opener. The new cards called for are then dealt and the opener starts the betting, the play proceeding as in the regular game. [Encyclopaedia Britannica, 11th ed., 1911, "Poker." The article notes "Jack-Pots were introduced about 1870."]