late 14c., "administration of justice," from Late Latin iustificationem (nominative iustificatio), noun of action from past-participle stem of iustificare "act justly toward; make just" (see justify). Meaning "action of justifying, showing something to be just or right" is from late 15c. Theological sense "act by which the soul is reconciled to God" is from 1520s. Meaning "act of adjusting or making exact" in typography is from 1670s.

chiefly British English spelling of harbor (n. and v.); for spelling, see -or. In this case it is considered to be without etymological justification and probably by analogy of labour.

late 14c., "pretext, justification," from Old French excuse, from excuser "apologize, make excuses" (see excuse (v.)). The sense of "that which serves as a reason for being excused" is recorded from mid-15c. As a noun, excusation is the earlier form (mid-14c.). 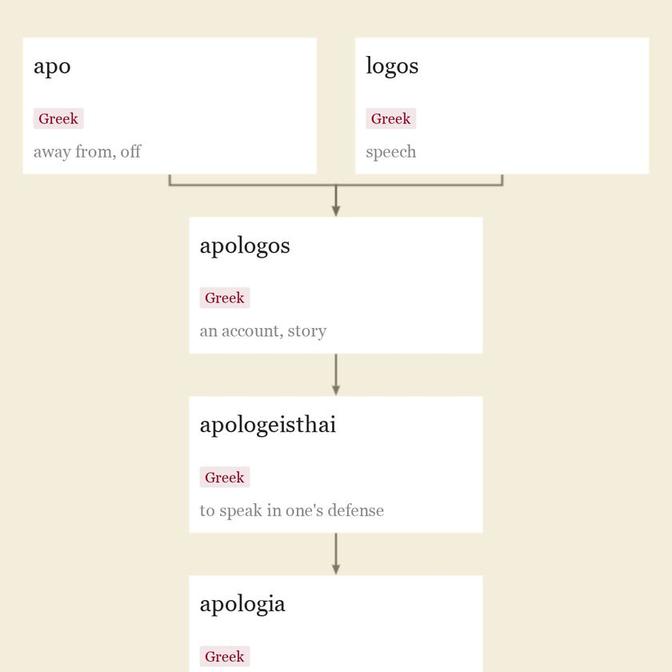 In classical Greek, "a well-reasoned reply; a 'thought-out response' to the accusations made," as that of Socrates. The original English sense of "self-justification" yielded a meaning "frank expression of regret for wrong done," attested by 1590s, but this was not the main sense until 18c. In Johnson's dictionary it is defined as "Defence; excuse," and adds, "Apology generally signifies rather excuse than vindication, and tends rather to extenuate the fault, than prove innocence," which might indicate the path of the sense shift. The old sense has since tended to go with the Latin form apologia (1784), a word known from early Christian writings in defense of the faith. 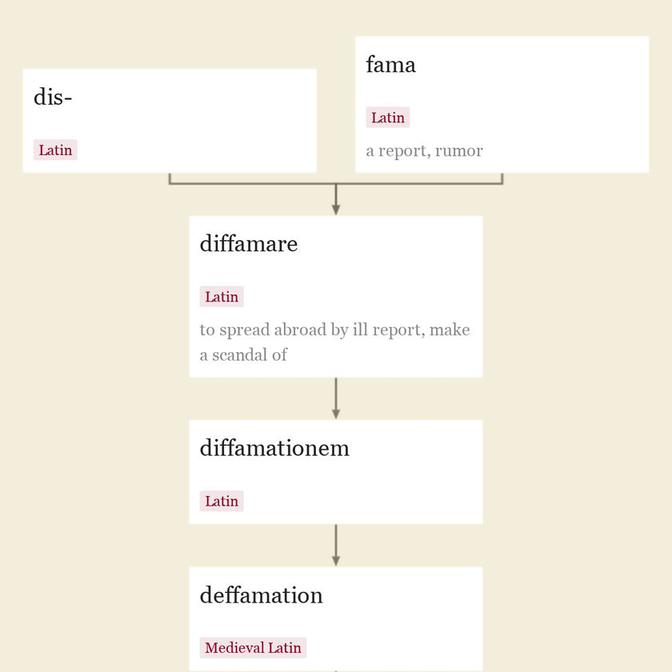 From late 14c. as "the wrong of injuring another's reputation without justification." From early 15c. as "calumny, slander, an instance of defaming."

c. 1300, "to administer justice;" late 14c., "to show (something) to be just or right," from Old French justifiier "submit to court proceedings" (12c.), from Late Latin iustificare "act justly toward; make just," from Latin iustificus "dealing justly, righteous," from iustus "just" (see just (adj.)) + combining form of facere "to make, to do" (from PIE root *dhe- "to set, put").

Meaning "declare to be innocent or blameless" is from 1520s. Of circumstances, "to afford justification," from 1630s. Meaning "to make exact" (now largely restricted to typesetting) is from 1550s. Related: Justified; justifier; justifying.