Sense of "receive inheritance, get by succession as representative of the former possessor" is attested from mid-14c.; in Medieval Latin inhereditare also had taken on a sense "put in possession." Original sense is retained in disinherit. Related: Inherited; inheriting; inheritable.

1650s, from heir + -ess. A female heir, but especially a woman who has inherited, or stands to inherit, considerable wealth.

early 15c., obteinen, "to get or acquire, inherit, gain, conquer," from Old French obtenir "acquire, obtain" (14c.) and directly from Latin obtinere "hold, hold fast, take hold of, get possession of, acquire," from ob "in front of" (though perhaps intensive in this case; see ob-) + tenere "to hold" (from PIE root *ten- "to stretch"). Intransitive sense of "be prevalent or customary, be established in practice" is from 1610s. Related: Obtained; obtaining. 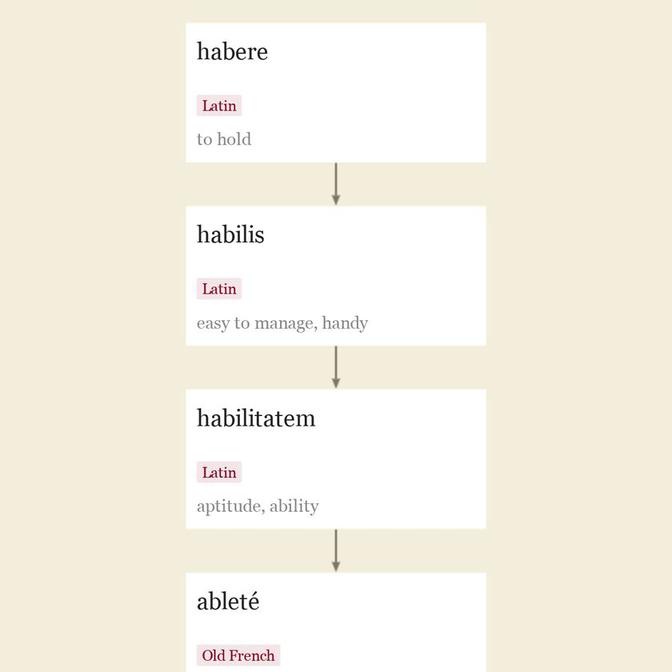 a word used to denote the marriage of a man of high rank to a woman of lower station with stipulations limiting her claims, also of the marriage of a woman of high rank to a man of lower station; 1727, from French morganatique (18c.), from Medieval Latin matrimonium ad morganaticam "marriage of the morning," probably from Old High German *morgangeba (Middle High German morgengabe) "morning gift," corresponding to Old English morgengifu (see morn + gift (n.) ).

In an unequal marriage between a man of royal blood and a common woman, this was a gift traditionally given to the wife on the morning after consummation, representing the only share she and her children may claim in the husband's estate. Also known as left-handed marriage, because the groom gives the bride his left hand instead of his right, but sometimes this latter term is used of a class of marriage (especially in Germany) where the spouse of inferior rank is not elevated, but the children inherit rights of succession. Related: Morganatically.