Advertisement
all
word
name
phrase
suffix
prefix
word root
552 entries found.
allocate (v.)
"to set aside for a special purpose," 1630s, from Medieval Latin allocate (the common first word of writs authorizing payment), imperative plural of allocare "allocate, allot," from Latin ad "to" (see ad-) + locare "to place," from locus "a place" (see locus). It is a twin of allow. Related: Allocated; allocating. English allocate as an adjective from mid-15c. in legal use.
Related entries & more
Advertisement
household (n.)
late 14c., "members of a family collectively (including servants)," also "furniture and articles belonging to a house;" see house (n.) + hold (n.1). As an adjective, "of or pertaining to house and family, domestic," from late 14c. Compare householder. Household word, one that is in very familiar use, is from 1590s; variant household name is from 1862.
Related entries & more
system (n.)
1610s, "the whole creation, the universe," from Late Latin systema "an arrangement, system," from Greek systema "organized whole, a whole compounded of parts," from stem of synistanai "to place together, organize, form in order," from syn- "together" (see syn-) + root of histanai "cause to stand," from PIE root *sta- "to stand, make or be firm."

Meaning "set of correlated principles, facts, ideas, etc." first recorded 1630s. Meaning "animal body as an organized whole, sum of the vital processes in an organism" is recorded from 1680s; hence figurative phrase to get (something) out of one's system (1900). Computer sense of "group of related programs" is recorded from 1963. All systems go (1962) is from U.S. space program. The system "prevailing social order" is from 1806.
Related entries & more
Dewey Decimal system (n.)

library classification system that organizes information into 10 broad areas subdivided numerically into progressively smaller topics, by 1885, named for Melvil Dewey (1851-1931) who proposed it 1876 while acting librarian of Amherst College. He also crusaded for simplified spelling and the metric system.

also re-allocate, "apportion or assign again," by 1868, from re- "back, again" + allocate. Related: Reallocated; reallocating. 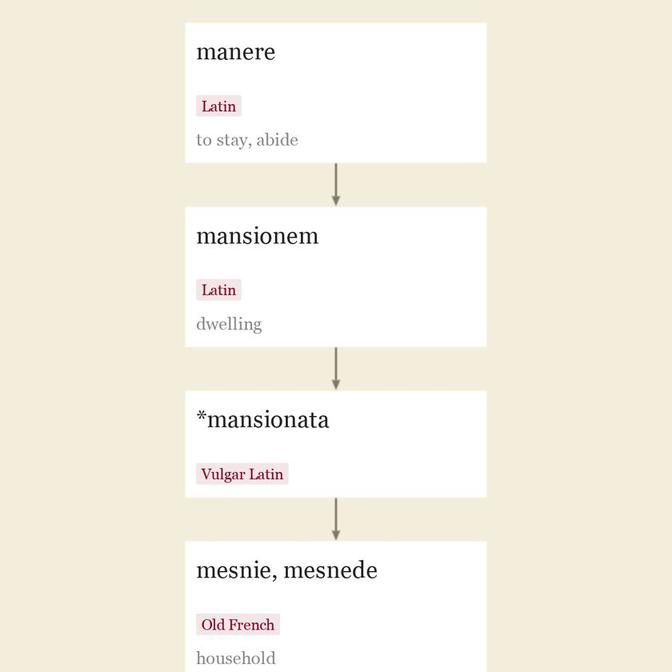 also majordomo, "man employed to superintend a household, especially that of a sovereign or other dignitary," 1580s, via Italian maggiordomo or Spanish mayordomo, from Medieval Latin major domus "chief of the household," also "mayor of the palace" under the Merovingians, from Latin maior "greater" (see major (adj.)) + genitive of domus "house" (from PIE root *dem- "house, household").

Related entries & more
economic (adj.)
1590s, "pertaining to management of a household," perhaps shortened from economical, or else from French économique or directly from Latin oeconomicus "of domestic economy," from Greek oikonomikos "practiced in the management of a household or family" (also the name of a treatise by Xenophon on the duties of domestic life), hence, "frugal, thrifty," from oikonomia "household management" (see economy (n.)). Meaning "relating to the science of economics" is from 1835 and now is the main sense, economical retaining the older one of "characterized by thrift."
Related entries & more
householder (n.)
late 14c., "head of a household or family; one who manages a household;" by mid-15c. as "one who holds or occupies a house as his dwelling," from household. There are similar formations in other Germanic languages (German Haushälter) also often with corresponding verbal forms (German haushalten) but not in English.
Related entries & more
Next
Advertisement