"doctrine or opinion at variance with established standards" (or, as Johnson defines it, "an opinion of private men different from that of the catholick and orthodox church"), c. 1200, from Old French heresie, eresie "heresy," and by extension "sodomy, immorality" (12c.), from Latin hæresis, "school of thought, philosophical sect." The Latin word is from Greek hairesis "a taking or choosing for oneself, a choice, a means of taking; a deliberate plan, purpose; philosophical sect, school," from haireisthai "take, seize," middle voice of hairein "to choose," a word of unknown origin, perhaps cognate with Hittite šaru "booty," Welsh herw "booty;" but Beekes offers "no etymology."

The Greek word was used by Church writers in reference to various sects, schools, etc. in the New Testament: the Sadducees, the Pharisees, and even the Christians, as sects of Judaism. Hence the meaning "unorthodox religious sect or doctrine" in the Latin word as used by Christian writers in Late Latin. But in English bibles it usually is translated sect. Transferred (non-religious) use in English is from late 14c.

"one who holds a doctrine at variance with established or dominant standards," mid-14c., from Old French eretique (14c., Modern French hérétique), from Church Latin haereticus "of or belonging to a heresy," as a noun, "a heretic," from Greek hairetikos "able to choose" (in the New Testament, "heretical"), verbal adjective of hairein "to take" (see heresy).

[T]he heretic is not an unbeliever (far from it) but rather a man who emphasizes some point of doctrine too strongly and obsessively. [Russell Kirk, "T.S. Eliot and his Age"]

Related entries & more
apheresis (n.)
also aphaeresis, "suppression of a letter or syllable at the beginning of a word," 1610s, from Latin aphaeresis, a grammarians' use of Greek aphairesis "a taking away," from aphairein "to take away," from assimilated form of apo "from, off" (see apo-) + hairein "to take" (see heresy). Related: Apheretic.
Related entries & more
dieresis (n.)

also diaeresis, 1610s, "sign or mark ( ) regularly placed over the second of two contiguous vowels to indicate they are pronounced as two simple sounds," from Late Latin diaeresis, from Greek diairesis "division," noun of action from diairein "to divide, separate," from dia "apart" (see dia-) + hairein "to take" (see heresy).

Meaning "separate pronunciation of two vowels usually united as a diphthong" is from 1650s. In classical prosody, "the slight break in the forward motion of a line that is felt when the end of a foot coincides with the end of a word" [Miller Williams, "Patterns of Poetry"]. Related: dieretic; diaeretic. 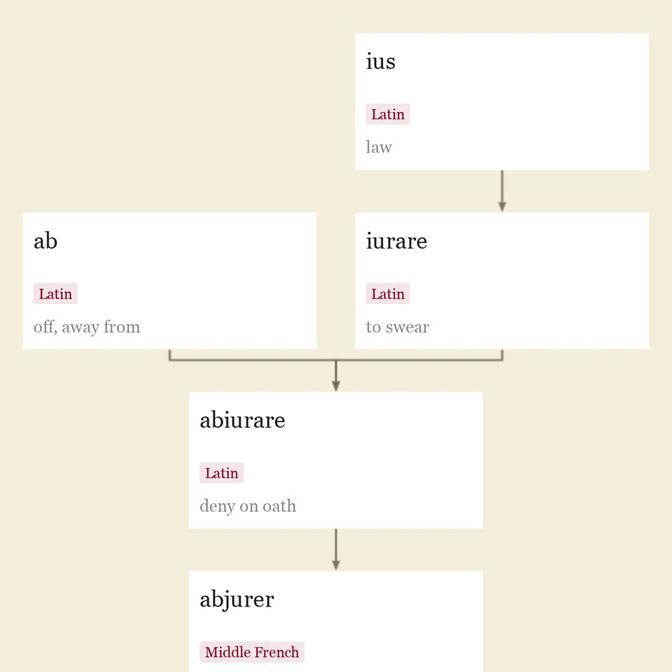 in Church history (mid-15c.), in reference to the doctrines and followers of Nestorius (Latinized form of Nestor), 5c. patriarch of Constantinople, whose doctrine attributed distinct divine and human persons to Christ and was condemned as heresy, which led to a schism. The Nestorians persisted for a time in Persia and nearby regions. From Late Latin Nestorianus, from Greek Nestōrios. Earlier Nestorine (c. 1400). As an adjective from c. 1500. Related: Nestorianism.

mid-15c. in reference to a Christian heresy that took root in 4c. Spain, from Priscillian, bishop of Ávila, whose followers held ascetic and Gnostic doctrines. For the name, see Priscilla. Also a name given to 2c. Montanists, from their prophetess Prisca or Priscilla.