also chako, cylindrical soldier's headdress with plume or pompon, 1815, from Hungarian csákó, short for csákós süveg "peaked cap," from adjectival form of csákó "peak, projecting point of a cow's horn," which some European etymologists derive from German zacken "point, spike," but which Hungarian sources regard as of unknown origin. Worn by infantry soldiers in 18c.-19c.

1560s, from French turbant (15c.), from Italian turbante (Old Italian tolipante), from Turkish tülbent "gauze, muslin, tulle," from Persian dulband "turban." The change of -l- to -r- may have taken place in Portuguese India and thence been picked up in other European languages. A men's headdress in Muslim lands, it was popular in Europe and America c. 1776-1800 as a ladies' fashion. Related: Turbaned.

early 15c., "kind of cap or bonnet worn by men and women," from Old French bonet, short for chapel de bonet, a cap made from bonet "kind of cloth used as a headdress" (12c., Modern French bonnet), from Medieval Latin bonitum, bonetum "material for hats," which is perhaps a shortening of Late Latin abonnis "a kind of cap" (7c.), which is perhaps from a Germanic source. (If that is correct, a chapel de bonet would be etymologically a "cap made of cap").

As a form of head-covering worn by women out-of-doors, bonnet is attested from late 15c. As a type of mechanical covering device, by 1862. 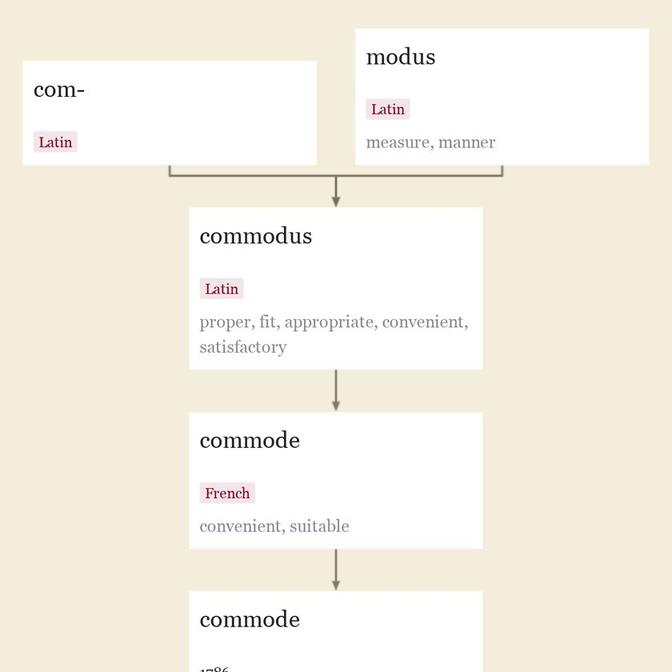 Snares that they told me wou'd catch the men;

And on my head a huge commode sat cocking,

Which made me shew as Tall agen:

The "cap" sense was the main one until 17c. Medical use, in reference to various membranes, dates to late 14c.; especially of the amnion enclosing the fetus before birth from 1540s. This, if a child was born draped in it, was supersititously supposed to betoken prosperity, give the gift of eloquence, and protect against drowning (18c. seamen paid dearly for one, and cauls were advertised for sale in British newspapers through World War I).

The word most like it is perhaps mutchkin, an old Scottish measure of capacity for liquids, which was used by Scott. (It comes from Middle Dutch mutseken, originally "a little cap," from mutse "cap," earlier almutse "amice, hood, headdress," from Latin amictus "mantle, cloak," noun use of past participle of amicire "to wrap, throw around," a compound from ambi- "around" (see ambi-) + iacere "to throw" (see jet (v.)).

But some Baum scholars see a possible inspiration in Münchner Kindl, the name of the emblem of the city of Munich (German München) or in German Männchen, literally "little man," which is cognate with mannequin.

While she stood looking at the strange and beautiful sights, she noticed coming toward her a group of the queerest people she had ever seen. They were not as big as the grown folk she had always been used to; but neither were they very small. In fact, they seemed about as tall as Dorothy, who was a well-grown child for her age, although they were, so far as looks go, many years older. ["The Wonderful Wizard of Oz"]