Proto-Indo-European root meaning "door, doorway." The base form is frequently in dual or plural, leading to speculation that houses of the original Indo-Europeans had doors with two swinging halves.

Related entries & more
fork (v.)
early 14c., "to divide in branches, go separate ways," also "disagree, be inconsistent," from fork (n.). Transitive meaning "raise or pitch with a fork" is from 1812. Related: Forked; forking. The slang verb phrase fork (something) over is from 1839 (fork out) "give over" is from 1831). Forking (n.) in the forensic sense "disagreement among witnesses" is from c. 1400.
Related entries & more
prolicide (n.)

"killing of one's child or children," 1824, introduced by Dr. John Gordon Smith in the 2nd edition of his "Principles of Forensic Medicine;" from Latin proles "offspring" (see prolific) + -cide "a killing."

It is hoped that this word will be considered entitled to reception, on the score of analogy. We have long had parricide, fratricide, and infanticide, all (if I may use the figure of speech,) of the same family; and recently the very appropriate term foeticide has been introduced into Forensic Medicine. In both these last crimes there is a peculiarity arising from the person accused being, in almost every instance, the parent .... In this relation to the beings destroyed, the general term of murderer, or murder of offspring seems to be the fair converse of parricide; and will suit well the purpose of the Medico-legal writer, who considers the two cases as parts of one subject, for the designation of which collectively a proper term was wanting. [Smith] 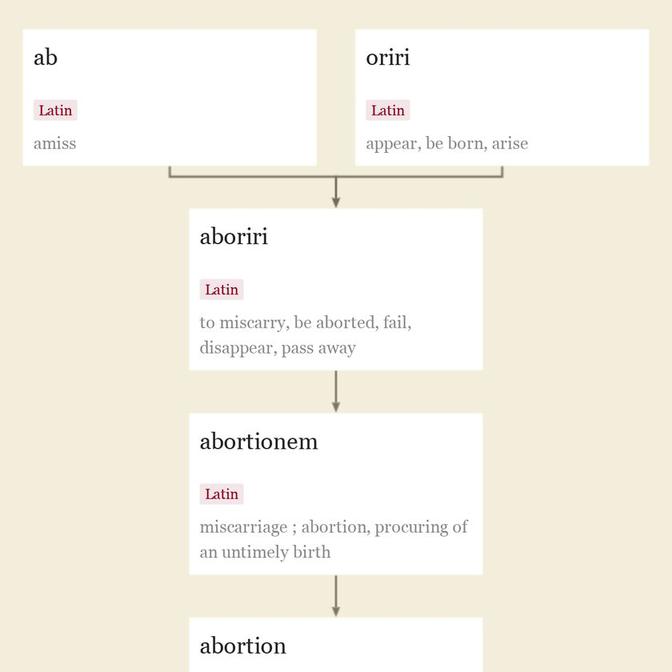