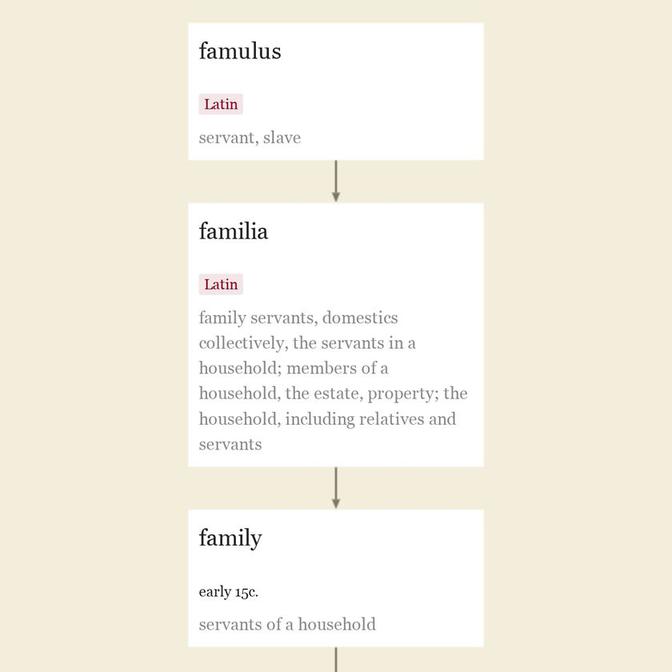 Latin familia often was glossed in Old English by hired, hyred "household, family, retinue" (for which see hide (n.2), and also by hiwscipe, hiwræden, hiwan "members of a family, household,  or religious house," which is cognate with Old Norse hjon "one of the household; married couple, man and wife; domestic servant," and with Old High German hiwo "husband," hiwa "wife," also with Lithuanian šeimyna "family," Gothic haims "village," Old English ham "village, home" (see home (n.)). A 15c. glossary has, for Latin familia, Middle English a menge, from Anglo-French maisnie "the household, the whole attendance upon the personal establishment of the feudal lord."

Related entries & more
totem (n.)
animal or natural object considered as the emblem of a family or clan, 1760, from Algonquian (probably Ojibwa) -doodem, in odoodeman "his sibling kin, his group or family," hence, "his family mark;" also attested in French c. 1600 in form aoutem among the Micmacs or other Indians of Nova Scotia. Totem pole is 1808, in reference to west coast Canadian Indians.
Related entries & more
Next
Advertisement