c. 1400, decessioun, "departure, separation;" c. 1600, "decrease from a standard, diminution," from Latin decessionem(nominative decessio) "a going away, departure," noun of action from past-participle stem of decedere "to go down, depart," from de "away" (see de-) + cedere "to go" (from PIE root *ked- "to go, yield").

1944, "departure from a standard in behavior or state;" see deviant + -ance. A sociologists' word, perhaps coined because statisticians and astronomers already had claimed deviation.

flight of Muhammad from Mecca to Medina (July 16, 622 C.E.), the event from which the Islamic calendar reckons, 1580s, from Medieval Latin hegira, from Arabic hijrah "departure," from hajara "to depart."

late Old English, the second book of the Old Testament, from Latin exodus, from Greek exodos "a military expedition; a solemn procession; departure; death," literally "a going out," from ex "out" (see ex-) + hodos "a way, path, road; a ride, journey, march," figuratively "way out, means," a word of uncertain origin. The book is so called because it tells of the departure of the Israelites from Egypt under the leadership of Moses. General sense (with lower-case -e-) "departure from a place," especially "the migration of large bodies of people or animals from one country or region to another," is from 1620s.

Beekes derives the Greek word from PIE *sod- "course" and says it is traditionally connected with Slavic words for "course" (such as Russian xod "course, progress," "which might have been borrowed from Iranian") and adds that it is perhaps also related to Sanskrit a-sad- "to tread on, go on," Avestan apa-had- "to go away; become weak," "but the relation between them is unclear, as is the connection to the PIE root *sed- "sit" (proposed in Watkins, etc.)." 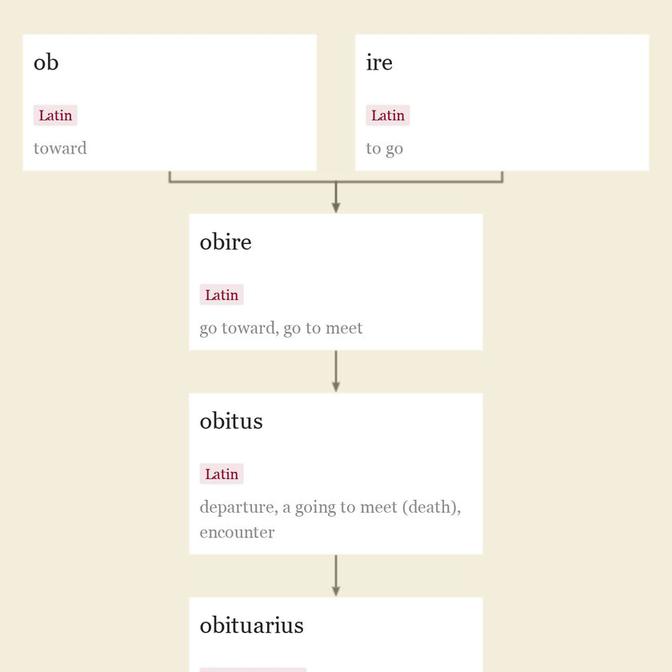 "a running away, an escape, private or unlicensed departure from the place or station to which one is bound by duty or law," especially "the running away of a woman, married or unmarried, with a lover," 1540s, from elope + -ment. (The word was in Anglo-French in 14c. as alopement).

"act or state of moving or pointing in opposite directions," 1650s, from Modern Latin divergentia, from divergens, present participle of divergere "go in different directions," from assimilated form of dis- "apart" (see dis-) + vergere "to bend, turn, tend toward" (from PIE root *wer- (2) "to turn, bend"). Figurative sense of "departure from a course or standard" is from 19c.  Related: Divergency.

It is the same!—For, be it joy or sorrow,

The path of its departure still is free;

Nought may endure but Mutability.