1610s, "action of delegating" (earlier in this sense was delegacie, mid-15c.); perhaps a native formation, perhaps from French délégation, or directly from Latin delegationem (nominative delegatio) "assignment, delegation," noun of action from past-participle stem of delegare "to send as a representative," from de "from, away" (see de-) + legare "send with a commission," possibly literally "engage by contract" and related to lex (genitive legis) "contract, law," from PIE root *leg- (1) "to collect, gather." Meaning "persons sent by commission" is from 1818; meaning "a state's elected representatives, taken collectively," is U.S. political usage from 1828.

Meaning "member of a commission" is from 1530s, especially "person elected to manage the affairs of a municipality." Short form commish is attested by 1910 (earlier it was short for commission). 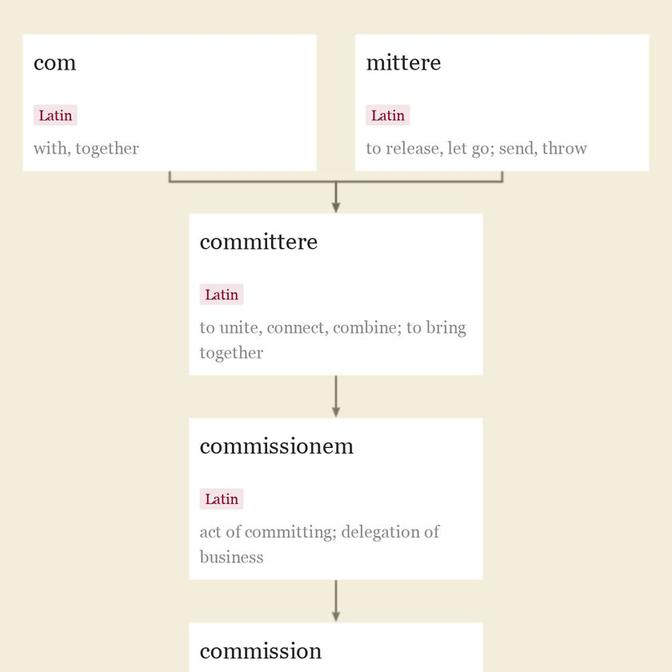