in combinations, "having a (specified) number of decks," originally of vessels, 1795, from deck (n.). Later of stacked sandwiches.

1810, in paper-making, "rectangular frame on which the pulp is placed," from German deckel "lid, little cover," diminutive of decke "cover," from Old High German decchen "to cover," from Proto-Germanic *thakjan, from PIE root *(s)teg- "to cover." Meaning "rough or raw edge of paper" is by 1858. 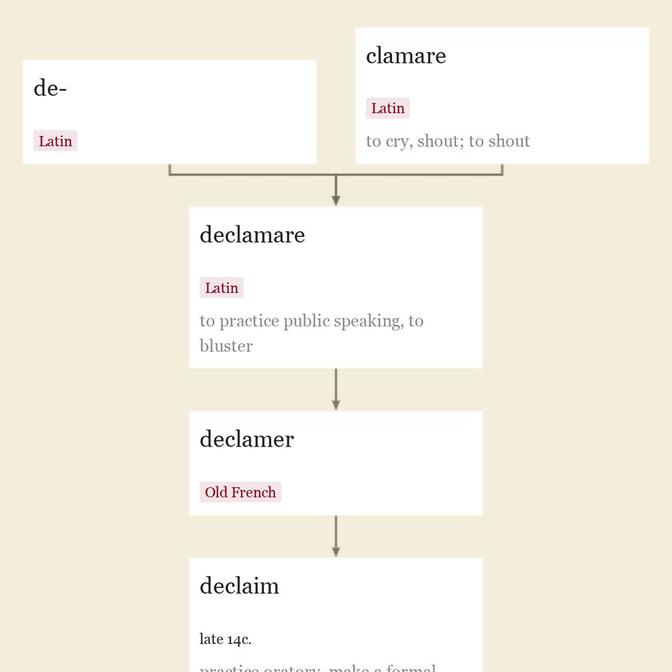 At first in English spelled declame, but altered under influence of claim. From 1570s as "speak or write as an exercise in elocution;" from 1795 as "speak aloud passionately in an appeal to the emotions of the audience." Related: Declaimed; declaiming.

late 14c., declamacioun, "composition written to be declaimed," from Latin declamationem (nominative declamatio) "exercise in oratorical delivery; declamation;" in a bad sense, "loud, eager talking," noun of action from past-participle stem of declamare "to practice public speaking, to bluster," from de-, here perhaps an intensive prefix (see de-) + clamare "to cry, shout" (from PIE root *kele- (2) "to shout"). Meaning "a public harangue or speech" is from 1520s; sense of "act of making rhetorical harangues in public" is from 1550s.

"of or characteristic of a declamation," 1580s, from Latin declamatorius "pertaining to the practice of speaking," from declamatus, past participle of declamare "to practice public speaking, to bluster," from de-, here perhaps an intensive prefix (see de-) + clamare "to cry, shout" (from PIE root *kele- (2) "to shout"). 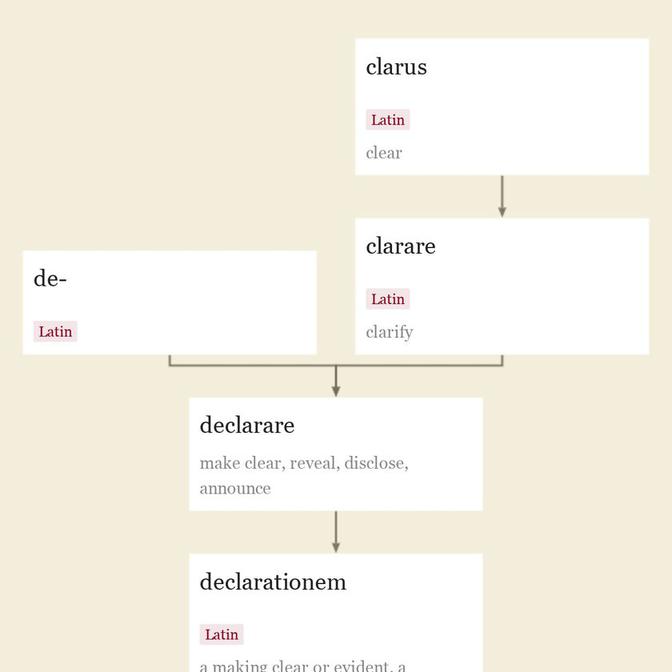 Meaning "making declaration, exhibiting" is from 1620s. The word was used in mid-15c. as a noun meaning "an explanation." Related: Declaratively.