also co-efficient, c. 1600, "that which unites in action with something else to produce a given effect," from co- + efficient. Probably influenced by Modern Latin coefficiens, which was used in mathematics in 16c., introduced by French mathematician François Viète (1540-1603). As an adjective, "acting in union to the same end," from 1660s. Related: Coefficiency.

"the secondary term of a relation, that to which something is related," 1640s, perhaps a back-formation from correlation or from correlate (adj.), from a Medieval Latin adjectival use of the Latin past participle.

1742, "to be reciprocally related" (intransitive), back-formation from correlation, or else a verbal use of the noun. Transitive sense of "to place in reciprocal relation" is by 1849. Related: Correlated; correlating; correlative. 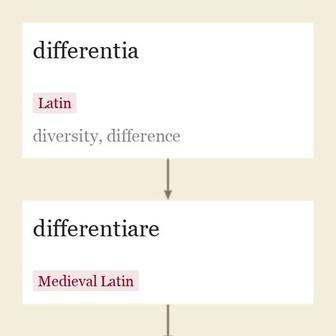 1847, originally a Christian theological position that God immediately created out of nothing a soul for each person born; from creation + -ism.

As "science teaching based on a fundamentalist interpretation of the Book of Genesis, the scientific theory attributing the origin of matter and life to immediate acts of God," opposed to evolutionism, it is attested from 1880. Century Dictionary (1897) defines creationism in this sense as "The doctrine that matter and all things were created, substantially as they now exist, by the fiat of an omnipotent Creator, and not gradually evolved or developed."

Creation science is attested by 1970 as an alternative name for a theory of science not inconsistent with Christian fundamentalism. Creationist (n.) in an "anti-Darwin" sense is attested by 1859 in a letter of Darwin's, and it is said to be used in Darwin's unpublished writings as far back as 1842.

James Ussher (1581-1656), Archbishop of Armagh, Primate of All Ireland, and Vice-Chancellor of Trinity College in Dublin was highly regarded in his day as a churchman and as a scholar. Of his many works, his treatise on chronology has proved the most durable. Based on an intricate correlation of Middle Eastern and Mediterranean histories and Holy writ, it was incorporated into an authorized version of the Bible printed in 1701, and thus came to be regarded with almost as much unquestioning reverence as the Bible itself. Having established the first day of creation as Sunday 23 October 4004 B.C. ... Ussher calculated the dates of other biblical events, concluding, for example, that Adam and Eve were driven from Paradise on Monday 10 November 4004 BC, and that the ark touched down on Mt Ararat on 5 May 1491 BC "on a Wednesday". [Craig, G.Y., and E.J. Jones, "A Geological Miscellany," Princeton University Press, 1982.]